Events
Sign up for our Newsletter
Blog Stage Play

Interested in writing cinematic stage plays? Here's what a pro script reader will think about when reading yours.
by Merry Grissom on August 5, 2022 So — you wrote some stage plays intended for film adaptation that you want to get coverage on but aren't sure what a script reader considers when reading them? Well, I'm a script reader and I can tell you.

To begin, some caveats. (Huzzah! Caveats!)

Although there are many different ways to approach the script-reading process, there are elements that almost every reader will look for. I will walk you through how I do it and tell you what I take into consideration for any script that someone is looking to adapt. Different readers will have different processes, but most of the considerations will be the same.

Also, for any “rule” in the world of art, there are multiple examples of things that broke that rule and were hugely successful. Prize-winning writers with hundreds of rejection notices, Van Gogh selling a single painting in his lifetime, every studio passing on Raiders of the Lost Ark, etc. The wonderful and terrible thing about art is that there is always hope.

All right. Enough dithering. Here’s how it goes for me.

How well does the piece work as a stage play? Did I enjoy reading it?

Does the Writing Feel Assured?

And did I feel like I was in good hands with the writer? Was it a fast read, or did it feel longer than the page count would warrant?

How Did I Feel When I Finished the Read?

Was I activated and excited? Was I inspired and/or challenged to re-evaluate former beliefs or ideas? Did it feel like I had read something special, or just a new version of something I’ve seen many times before?

Did I Stay Engaged Throughout the Piece?

Or were there sections where my interest waned? If so, did that reflect a weakness in the writing and/or story, or was it simply a reflection of my subjective, personal interests? (For example, if it’s a stage play about professional wrestling, am I having a hard time staying engaged because I’m not that interested in wrestling, or is it because the characters and world aren’t strong enough to keep my interest?)

On that note, I will state unequivocally that readers are human. We have interests and preferences, just like all other humans. However, good professional readers learn over time how to separate out what is personally interesting to them, but maybe not as strong in terms of execution; and what is less intrinsically engaging to them, but is a well-written, dynamic or compelling piece. Some of the scripts I’ve pushed hardest for are on topics that hold no inherent interest for me, content-wise, but the characters and world-building are strong enough that I was drawn into the story and intellectually and emotionally engaged, regardless. The Second Read: Character and Themes

This is actually multiple fast reads. Depending on the number of characters and story arcs, I will read through the script looking only at that character or story thread.

Then I would read through it a second time looking only at Danny, asking the same questions. Are these characters that actors and actresses would fight to play, or are they generic archetypes?

Reading for Plot and Themes

Then I would read through it a third time looking at the plot and themes. What happens in the stage play? Is it easy to follow? If it’s not easy to follow, is there pleasure in the confusion, and is there ultimately understanding? What is the stage play “about”? Do the themes resonate and are they timely and compelling? Is the stage play saying something surprising or new, or if not, is it offering a new angle or a beautifully-realized reflection of a well-worn concept? Does the plot have surprises, or does it largely go from point A to B to C to…etc.? The third read is the only one that is specific to adaptation. I read through stage plays looking at each element that would go into transferring this story and these characters to film. This is also the only read where I step away from how well the piece works as a whole, and look at it based on each element and how it might translate.

Is the Script Dynamic?

To start, is the script dynamic? There are some stage plays that are extraordinary works of theater, but they would be incredibly challenging to adapt to film, and it’s not clear if a film version would bring anything new to the table.

For example, Waiting for Godot is one of the “great” stage plays of Western literature, but it is highly stylized, takes place in a single ambiguous location, and has almost no action of any kind. An attempt at a direct adaptation (even without taking Beckett’s rigid control of the text into account) would by necessity look a lot like the play, just on film, rather than on stage.

Is There Any Action in the Stage Play?

Is it largely people sitting around talking? Can the world of the stage play be “opened up”? Are there moments that happen offstage that (on film) could be shown, and if so, does that add anything? For example, the movie version of Tape is very faithful to the source stage play, and also takes place in a single location, but the claustrophobia of the motel room is an integral part of the events, so to include other locations or flashbacks wouldn’t be useful.

The play Doubt also takes place in limited locations, but by opening it up in the film and including the school environment and the church/congregation, etc. an additional element is brought in that enhances the themes of isolation, judgment, and faith. Is the World Going to Make Sense for a Film Adaptation?

Conversely, is the world of the stage play going to be a hindrance, and is there a way around it? For example, Amadeus is one of the great triumphs of film adaptation, but the idea of adapting it in the same way today is unlikely. It’s a period piece with multiple historic locations and hundreds of extras, about a subject that is unlikely to appeal to a huge demographic.

I mean, the thing cost $18 million to make in the early 80s (just under $50 million, today), and it had a runtime of almost 2 ½ hours. Yes, hindsight is 20/20, but selling it as that film today is a tough proposition. However, it could be adapted well in many ways other than as a sumptuous period piece, and it’s a beautifully written stage play. Just because it’s a challenge doesn’t mean it’s impossible, and sometimes budgetary restrictions can serve the final product by forcing creative solutions.

Do All Elements Make Sense on Film?

Are there elements that work for the stage play, but might detract from a film version? For example, Phantom of the Opera viewed onstage has a grandeur and a magic to it that is lost in the film version. A person disappearing in front of us on a live stage feels very different from a character disappearing in a movie. Or the stage play War Horse is partially powerful because the puppeteering is so adept and moving, but that element doesn’t hold up in the same way on film. (Which is presumably why they chose to film it without that element.)

Is there a lot of dialogue in the piece, or is it mostly monologue? I am sure there is a movie out there based on a stage play that is mostly monologue, but I can’t think of what it is. Swimming to Cambodia probably fits that description, but I would argue that that is largely a filmed play rather than a movie.

Will It Appeal to a Director or Producer?

Are there elements that will appeal to a director or producer? One of the reasons Hamlet is so popular (other than being in the public domain) is because the themes are universal, but the details can be adapted in many ways. Consider Zeffirelli’s Hamlet vs. Branagh’s vs. Almereyda’s. Very different movies with the same dialogue. Or, taking just the themes into account, consider Haider vs.The Lion King vs. Strange Brew. All are adaptations of Hamlet, but, in some cases, are almost unrecognizable.

Yup. That’s pretty much how it goes. All readers will have a slightly different process, but most of us will be looking for the same basic elements that will give the script its best chance of being a strong candidate for adaptation.

Contrary to popular opinion, the vast majority of readers love scripts, and we’re always hopeful that whatever we’re reading is going to be amazing. So, on days when getting the words on the page is tough, just know we really are out here rooting for you!

If you've got a great stage play that you want us to see, ScreenCraft's Stage Play Writing Competition is currently open! 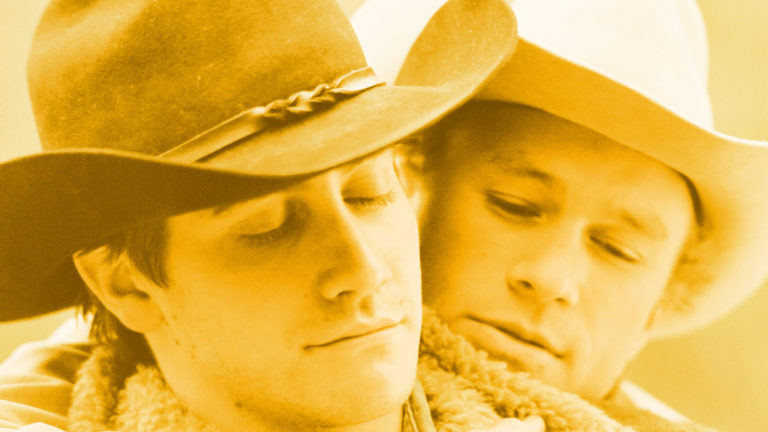 5 Films You Didn’t Know Were Based on Books