Everything You Need to Know About Love Triangles (in Movies & TV) Boy loves girl. Another boy also loves this girl. Girl… isn’t sure which boy she loves most.

Though they’ve been prevalent in storytelling of all kinds for thousands of years, love triangles in movies and TV shows are often used as a crutch in thin, weak stories. But when constructed well, a love triangle can enhance profound storytelling.

Let’s jump in and examine the dynamics of this three-sided romantic plot device. But first...what's a plot device?

More Plot Devices: Everything You Need to Know About Red Herrings

Plot devices are storytelling mechanisms writers can utilize to impact the plot of their story.

Imagine that a typical romantic relationship is a perfect line between two people, with love going back and forth on that single line.

There are many variations of the love triangle setup, with the most common being when Person A and Person B both love Person C, who must choose between the two.

Though the triangular shape might imply that the three people are in a polyamorous relationship (or “throuple”), the triangle typically involves two people who are competing for the third person’s romantic attention or one person in love with two different people.

One of the most well-known examples of this is in the 2004 movie, The Notebook, based on Nicholas Sparks’ novel of the same name.

Teenage Allie and Noah fall madly in love during one summer in Seabrook, South Carolina, but are torn apart by her disapproving parents and World War II. A few years later, Allie is engaged to another man, Lon, when she comes across a newspaper article about Noah. She returns to Seabrook, where she is forced to confront her lingering feelings for Noah and make a difficult choice.

This difficult choice between two potential romantic partners is the crux of all love triangle stories.

But What If There Are More than Three Sides?

What if there’s a fourth person involved? Or a fifth?

Though the “triangle” part implies three people, I would argue that any kind of complicated romantic relationship with three or more people can still be considered a “love triangle.”

Technically, The Notebook featured a fourth person — while Allie was off getting engaged and planning her wedding to Lon, Noah was spending nights with a woman named Martha.

And many TV shows feature intersecting or morphing love triangles — consider all of the variations in Jane the Virgin and Crazy Ex-Girlfriend, or the myriad of triangles and quadrangles created in the first several seasons of The Office with Jim and Pam (and Roy and Katy and Karen).

Feel free to call it a “love square,” “love rectangle,” “love pentagon,” or the undefined “love shape” if you really want to be technical about it.

But in my estimation, it’s much easier to generalize and call any kind of romantic entanglement with more than two people a “love triangle.” The semantics don’t really matter if the plot device has the same impact on a story.

Love triangles have been around forever. There were probably dramatic love triangles playing out among cavemen, whose star-crossed stories were lost to time or crumbling cave walls.

But in all seriousness, there are prominent examples of love triangles throughout history and in all forms of storytelling. Love triangles show up in the Bible (Jacob, Leah, and Rachel), Greek mythology (Ariadne, Theseus, and Dionysus), ancient history (Cleopatra, Mark Antony, and Julius Caesar), and medieval legends (Tristan and Iseult).

William Shakespeare popularized love triangles in the 1600s with Twelfth Night and Romeo and Juliet (as well as some overlapping, complicated “love shapes” in A Midsummer Night’s Dream), and classic authors like Alexandre Dumas, Jane Austen, and Emily Brontë added to that popularity in the 1800s.

Love triangles have been on screen since the invention of film and television, and to date, three of the top 10 highest-grossing movies of all time adjusted for inflation feature passionate love triangles — Gone with the Wind, Titanic, and Doctor Zhivago.

Though the triangle is, in reality, a perfectly stable shape, in storytelling, a love triangle is inherently unstable.

That’s exactly what a love triangle is supposed to do as a plot device — fuel the plot of the story.

Audiences tend to choose sides when it comes to love triangles, and if the fandom has created “teams” to be on, it means they’re invested in the story and connected with the characters.

At their essence, love triangles work because they create conflict (both internal and external), generate opportunities for dramatic or comedic situations, and provide a basic story arc to follow since there’s a romantic choice that must be made.

But love triangles can’t be the only crutch holding up your story. There needs to be something else, something deeper for the love triangle to be most effective, whether that’s the protagonist’s inner personal turmoil or identity crisis, a layered, profound theme, or life or death stakes. Now that you know how love triangles should function, let’s dive into a few examples.

The Love Triangle in Casablanca

Triangularly speaking, Rick is in love with Ilsa, who reciprocates that love but is married to and loves Victor.

What’s interesting about the love triangle in Casablanca is that the character with two suitors is not the protagonist. Casablanca follows Rick, not Ilsa. It’s his romantic decision, not hers. and the romantic decision at the story’s core is not Ilsa’s to make.

In the end, it’s not Ilsa choosing between Rick or Victor, it’s Rick deciding if he’s going to be with Ilsa or let her go. What each of these men symbolizes for Melanie is what makes the love triangle of Sweet Home Alabama so compelling.

Andrew represents her new life in the big city, while Jake represents her small-town roots. Over the course of the movie, the audience is shown that both men are good choices for Melanie, and her final decision ultimately comes down to much more than love: it’s about which version of herself she really wants to be. Other Examples of Love Triangles

In Film — Brooklyn, The Graduate, Fight Club, The Princess Bride, Love, Actually, Moulin Rouge!, The Great Gatsby, Some Like It Hot, Shakespeare in Love, Beauty and the Beast, Bridget Jones’ Diary; Sleeping with Other People, The Hunger Games; This Means War; It’s Complicated, Twilight, Dear John, How Do You Know, The Kings of Summer, Les Misérables, Mean Girls, Shrek

On TV — Scandal, Grey’s Anatomy, Never Have I Ever, Gilmore Girls, Friends, Downton Abbey, Glee, How I Met Your Mother, The Office, Parks and Recreation

How to Use a Love Triangle in Your Story

You may think audiences are tired of love triangles, but there’s a reason writers continue to use them: they work. The key is in making sure that the story isn’t overwhelmed by the love triangle.

The Love Triangle Isn’t the Point

The romantic entanglement of the love triangle can’t be the only thing holding up your story (ahem — Twilight) and it can’t be overwhelmed by more important storylines (looking at you Hunger Games).

While love triangles can provide conflict and create tension that can add to the plot, there must be something deeper and more meaningful at the heart of the story for audiences to truly care.

More to the Main Character

Protagonists must have personal wants and needs aside from their suitors, non-romantic goals that motivate them, and something truly at stake in the romantic decision (not just one girl or the other).

Two Suitors, Both Alike in Dignity

Speaking of one suitor or the other, love triangles are most effective when the two suitors are both genuinely good options for the main character.

To put it simply, if one suitor sucks and the choice between the two is painfully obvious, the love triangle isn’t working and the audience will see right through it.

Love stories between two people can be plenty dramatic on their own, so make sure that if you have a love triangle, both suitors are equally great choices for the protagonist.

Like in Brooklyn and Sweet Home Alabama, ideally, each suitor will end up representing something about the main character’s wants and needs that he or she must choose between. Neither choice is wrong; they’re just different.

Turn the Triangle Upside Down

If a love triangle shows up, audiences automatically know what to expect of the story. As a writer, it’s important to be aware of those expectations so you can play into or subvert them.

Instead of the standard love triangle set-up (Person A and Person B both love Person C, who must choose between the two), try flipping the love triangle on its point.

Just make sure that it always comes back to the larger story at hand, not simply the romantic shape.

Love triangles are a tried-and-true way to infuse a story with conflict and tension, but over the years have become cliched and overused. Today’s screenwriters will do best when they try new variations of the typical love triangle. After all, when love is involved, anything’s possible. 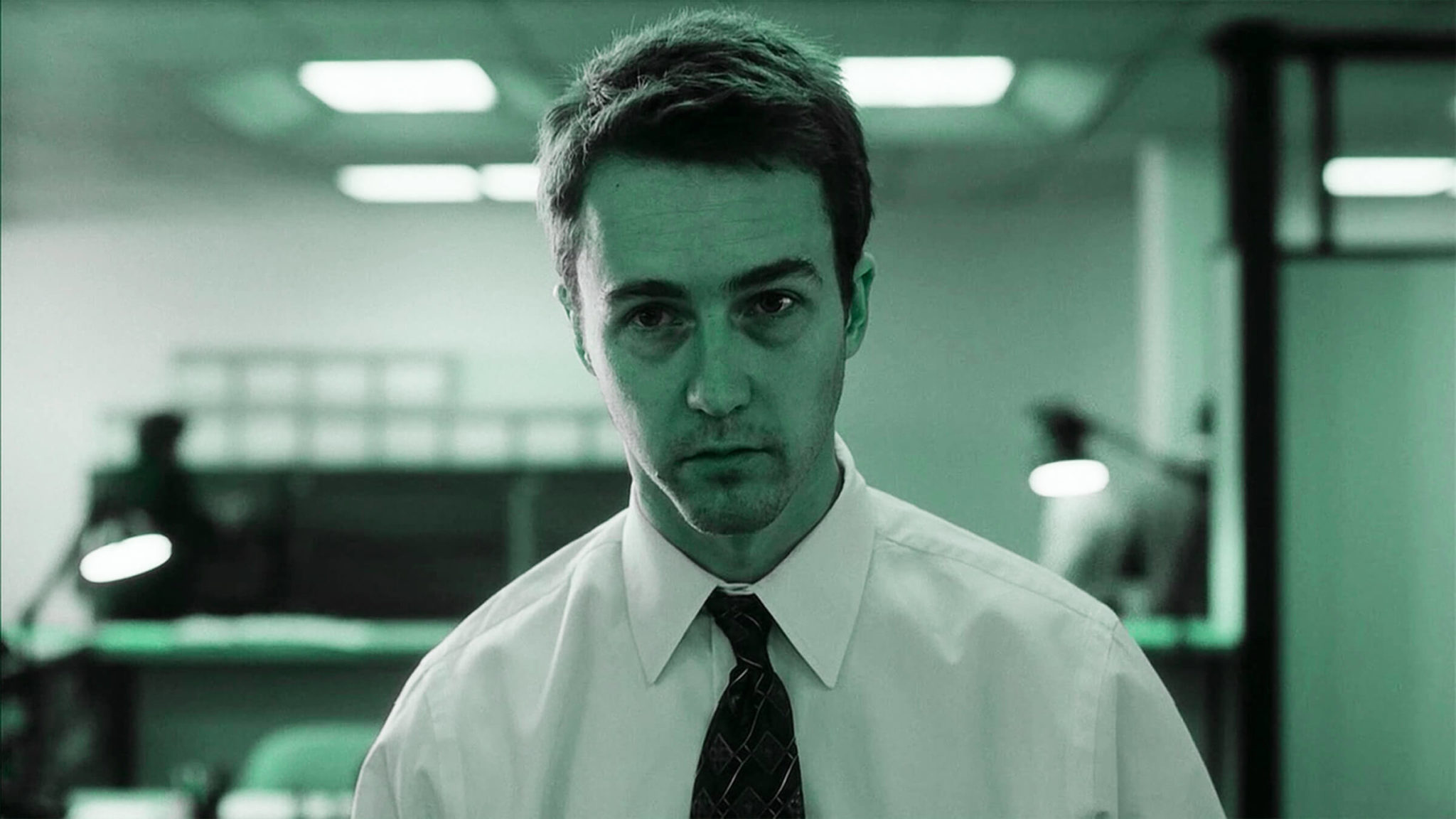