Do you really need to follow the screenplay format rules that you've read about in nearly every screenwriting book and article?

It's likely that a good number of you clicked on this post to validate your frustrations with the format and excuse any instance of you deviating from it in your screenplays.

We're not making light of you or anything you've done. We simply want to help explain why the screenwriting format is so important. And we want to do so because all script readers — interns, assistants, story analysts, professional readers, producers, managers, and agents —  know what it's like to open a script that clearly pushes the boundaries of "correct" screenwriting format.

It may not seem like a big deal to screenwriters, but when you read scripts for a living, consistency is a key component for a reader to be able to experience your cinematic story as it should be experienced — with little to no hesitation in the reader's own visualization of what you put on those pages.

From a reader's perspective, there's nothing more exhilarating than a well — and simply — formatted script. It's a sign that everything is going to be all right for the next hour or two. Sure, the story could be lackluster, the characters could be dull, and the concept could be overly familiar, but at least the reader is going to be able to get through the script without the dreaded start and stop on nearly every page as they are forced to decipher the "busy" formatting of an overly or poorly formatted script.

There's a reason general screenwriting format exists — film is an industry. Tens of thousands of screenplays are out there in and out of the market each and every year. From the development phase of script reading, discovery, and development, to the pre-production phase of using the screenplay as a blueprint for across-the-board collaboration, screenwriting format consistency is essential.

Some screenwriters want to test the boundaries of the standard format. Some are too lazy to employ it. Some aren't up to speed with contemporary standards, instead evoking the wordiness and dated formatting ticks of the golden classics. And some just want to do it their way.

If you're one of these types of screenwriters, please especially keep reading because there truly is a reason for all of what you may consider as being worthless and overly traditional.

The old military acronym for "Keep it simple, stupid" (we updated it) was a design principle noted by the U.S. Navy in 1960. The KISS principle points to the fact that most systems work best if they are kept simple rather than made overly complicated — therefore simplicity should be the key goal in design and all unnecessary complexity should be avoided.

Those are the only three elements needed within the scene heading. There should be no time or dates accompanying those elements. Time and dates (if necessary) are communicated within the scene description below the scene heading — preferably within the first sentence. And the reason for this goes beyond the reader as well. When a line producer is breaking down the script to create a shot and location list, the reports they run through the software need to be simple and straightforward. When a scene heading has dates, times, or other elements beyond the basic three, it's more work for them to decipher.

Following the scene heading, we have scene description (there always has to be at least one line of scene description after the scene heading). Others refer to this as action. This is the present tense description of what is physically and visually happening in the scene. It's not overly detailed. It's not showcasing camera angles and camera directions (with perhaps a few exceptions). Each line represents an image that you, the screenwriter, are throwing at the reader:

This is what I want you to see. Now this.

Then you see this. Now this happens.

If applicable — A Quiet Place taught us that dialogue isn't always needed — scene description is followed by featuring the CHARACTER NAME of the character speaking any dialogue, followed by, well, dialogue.

That's all you need to write a script for the most part. Simple, isn't it? If you look at this sample, it includes pretty much all that you need to tell your cinematic story. But you want to add a little style and flare to what you write, right? Obviously, the contemporary screenplay format allows for that. Here are some compiled examples featured below.

If you've read screenplays, you know that you can use CAPS in many different ways. For standard format, you put the name of a character that is going to speak (or one that is a prominent lead or supporting character in the story) in CAPS the very first time we meet them (see above example). This is to scream to the reader that this character is important — either because they play a part in the story or because they're going to speak. That allows the reader to mentally make note of that character for pages to come.

You can also use CAPS to convey an important prop, location, or sound — often called a slugline. It's wise to use this sparingly, but if whatever you are featuring in that manner is important for the reader to remember, then don't hesitate to use it. Beyond that, CAPS can be used to feature a moment in the scene description that you want to stand out.

Using any form of ellipsis (...) is an excusable, allowing the reader to break the flow of the scene description in a positive way by conveying a set-up for a reveal. The purpose is to have the reader pause for a millisecond and then on the next line is a reveal to a specific moment, be it a visual, sound, or specific character action.

Title cards can also be used creatively to convey text on the screen or introduce the title of the movie in stylistic form.

Here's an example of all of those elements.

Parenthesis can also be utilized underneath the CHARACTER NAME to convey an emotion or action that is to accompany the upcoming dialogue.

And even on occasion, you can utilize certain transitions in the right margin as well. Read ScreenCraft's Everything Screenwriters Need to Know About Transitions for more on that!

While these are just a few of the additions and excusables you can use, just remember that you always want to keep it simple whenever possible. Simple allows for more consistency and consistency allows for easier visualization of your script.

In the end, scene heading, scene description, character names, and dialogue are the answer. If your script entails 99% of that, you're simply making the read of your script that much better for the reader. And remember that whoever reads and experiences your script is the gatekeeper that can get you in — or keep you out of — those coveted Hollywood gates.

It's All About the Read (and the Reader)

If you want to test the boundaries of the standard format, you have to tread lightly. If you're too lazy to employ standard format, this industry isn't for you. If you aren't up to speed with contemporary standards — instead just well-versed in scripts that are fifty years old or more — it's time to catch up. And if you just want to do it your way, well, it's a collaborative medium — there are other people involved in the development, acquisition, and production of each and every screenplay.

But in the end, having the correct format — the industry guidelines and expectations featured above — is about the read of your script. If you keep it simple with three element scene headings (INT/EXT LOCATION - DAY/NIGHT), simple scene description, and character names above dialogue for 99% of your script (with that 1% left for stylization of those additions and excusables), it's going to be that much easier for the reader to see that movie unfold in their mind's eye.

That's why having the correct format is so important.

Don't cheat yourself out of writing a script that is a good read. 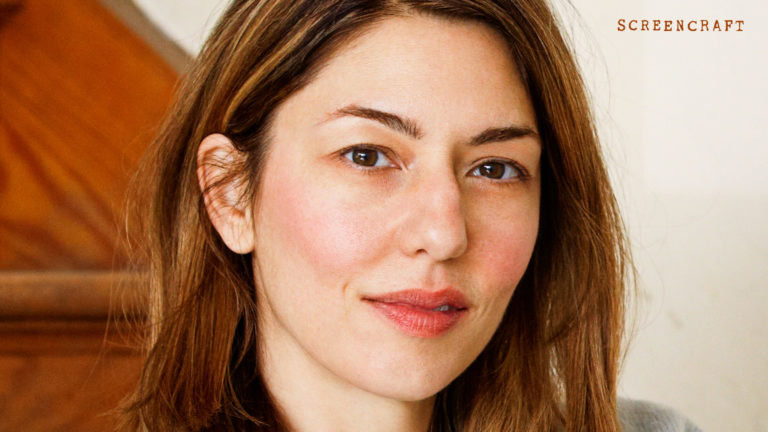