Find out how the true story of the Agojie, an all-female group of West African warriors, was crafted.
by Shanee Edwards on September 16, 2022 The Woman King tells the story of a highly skilled band of women warriors called the Agojie who struck fear in all who encountered them from 1600 to 1800s Africa. Starring Oscar-winner Viola Davis as General Nanisca, these agile women protect the African Kingdom of Dahomey (modern-day Benin) during an ongoing war with the Oyo Empire. John Boyega plays King Ghezo, the newest ruler of Dahomey.

Directed by Gina Prince-Bythewood (Love and Basketball), the screenplay is by Dana Stevens (Safe Haven, City of Angels) with story credit shared with producer Maria Bello. I spoke with Stevens after the film’s premiere at the Toronto Film Festival to find out more about bringing historical epics to life for a modern audience.

Writing for Your Dream Actor

Stevens says she became aware of the project after working on a screen adaptation of the book The Nightingale with Nicole Brown, who’s now president of TriStar. Wanting to do another project together, Brown sent Stevens a pitch deck for The Woman King that had Viola Davis on board to play a lead role. Davis’ involvement was a dream come true for Stevens. In fact, she’s such a huge fan of Davis that when she cast her Oscar ballot for Davis’s bid for Best Supporting Actress a few years ago, she personally drove the paper ballot to the Academy for fear it might get lost in the mail or arrive late!

“As a writer,” says Stevens, “I am inspired by actors and was very excited that I would get to write for someone I admired as much as Davis. It was a dream to think about Viola and imagine her saying the words I was writing.”

The pitch deck (also called a lookbook) included historical photos and story ideas to serve as a springboard for the script. Stevens says her only previous knowledge of the Agojie women was that they inspired the female characters in Black Panther, but she quickly became intrigued. “I became totally fascinated with the history and the whole region. So much of Western culture doesn't know anything about Africa. I got really excited about doing a story set in a world that most movie audiences had never seen.”

Building the World of The Woman King

Worldbuilding is an art. To create a successful female-led action film set in the distant past, Stevens knew the world had to really capture the interest of the audience. Everything, from the costumes to the weaponry, needed to entice the viewers, but it would be the characters that had to really stand out. “There's a great fandom right now for worldbuilding. I love Game of Thrones. The reason we love Game of Thrones is because of the characters: what drives them and who they are. Yes, we love the dragons, too, but we love the characters and we love the fantasy of being in a completely different world.” Because the world of the Agojie is based in history, not fantasy like Game of Thrones, Stevens says she and the other filmmakers, “Worked really hard to ground it in what we felt would be the reality of this history.” This is where The Woman King diverges from a film like Black Panther. In this movie, the real-life past is coming to light. Sometimes this past is a harsh, brutal reality, but it’s also empowering and filled with hope for the future.

From the beginning, Stevens wanted the story to feel like a “Greek Tragedy” or be “Shakespearean” in scope and deal with larger, universal issues facing humanity. While the pitch deck had been set in 1890, Stevens chose to set the story in 1823 for one particular reason.

“I wanted to help the audience understand the difficulty of the transatlantic slave trade in the story. Over the 150 years the Agojie women were in existence, the women did capture Africans and sell them into the slave trade. I wanted to address that." says Stevens.

"I wanted people to understand that we weren't going to ignore that the Dahomey had done these things but we were picking a time where Ghezo [the King, played by John Boyega] was a young ruler and things were changing out in the world. Maybe this woman [Nanisca] could have some influence over him.”

Could a society made rich from the slave trade really transition into something as innocuous as the palm oil trade? Yes, if it’s up to a warrior like Nanisca who wants a better future for her people.

In addition to telling the battle-worn story of Nanisca, the film also tells the story of Nawi (Thuso Mbedu), a teen girl whose father hands her over to the king when she proves too obstinate to marry off. Nawi, named for one of the real last-known Agojie warriors who died in 1979, must train under the fierce demands of Nanisca and transform into a soldier. Both storylines run in parallel, allowing the audience to see two different points of view from two women at different stages in their lives. I asked Stevens about the best way to write a story with double protagonists, considering it’s often difficult enough to keep track of one. Her suggestion is to think of it like a love story.

“I have always been drawn to love. I get hired a lot to do love stories and those are usually two-handers. It comes very natural to me and I’m able to move back and forth between the two characters,” she says, adding that she allows herself to “feel” her way through a first draft. Once she has her first draft, she looks carefully to determine where the characters may be separated for too long. She’ll use note cards or put the story up on a whiteboard to strategically map out the story.

“I don't want you to ever forget the emotional truth for each of them and if you go too long before you get into the head of one or the other, you do have to balance that. You do have move scenes.”

She says it’s not just about seeing the character on screen, it’s about, “Their emotional life and their emotional arc. What's wonderful is when they touch, when they are together having a scene and again, that is strategic, how often do they intersect? It is like a love story. One of the things you learn when you do a love story is to keep them apart so when they come together, it’s so delicious. That is operating in The Woman King,” says Stevens.

Give the Characters Secrets

There is a reveal in the story that connects the two main characters more deeply but we don’t want to give it away! Just know that it is a beautiful piece of storytelling that makes the characters even more relatable. Just like in Game of Thrones, secrets add texture to your characters in the most delicious ways.

Doing Research is Half the Job

Any time a writer tackles a historical subject, deep research is necessary. But that’s only one of the tools a writer needs to craft a great story. You must fully engage your imagination, says Stevens.

“Do a lot of research, but don't get too bogged down in it. It's easy to do the research but hard to write the script. There has to be a moment where you say, ‘Okay, I'm done researching. Now I’m going to create a story.’ And I can always go back to the research – I constantly went back to the various Wikipedia pages and even found new stuff that was being added during the time I was writing and I could say, ‘Oh, this is an adjustment to what I created.’ Give yourself a finite amount of time to do the research then give yourself a finite amount of time to really imagine."

Use your imagination as you would in any story that wasn't historic then go back and marry your imagination to the history. Regarding the history, don't ever lie and say something didn't happen. First, do no harm, try to keep within the lines of the truth but also allow yourself to fictionalize things that will allow for an entertaining, dramatically-told movie.” 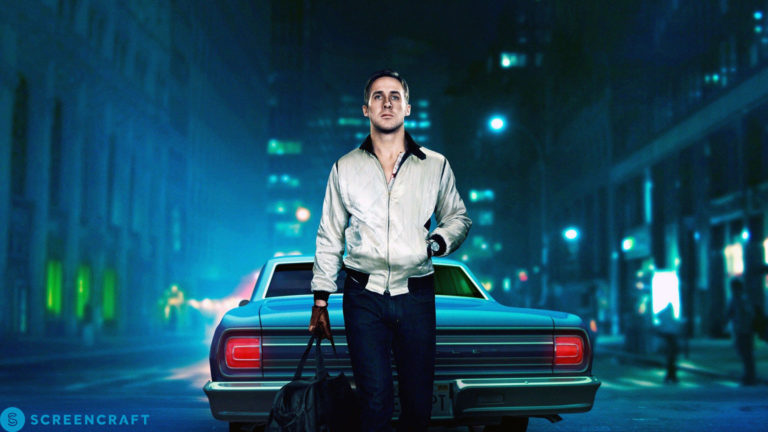