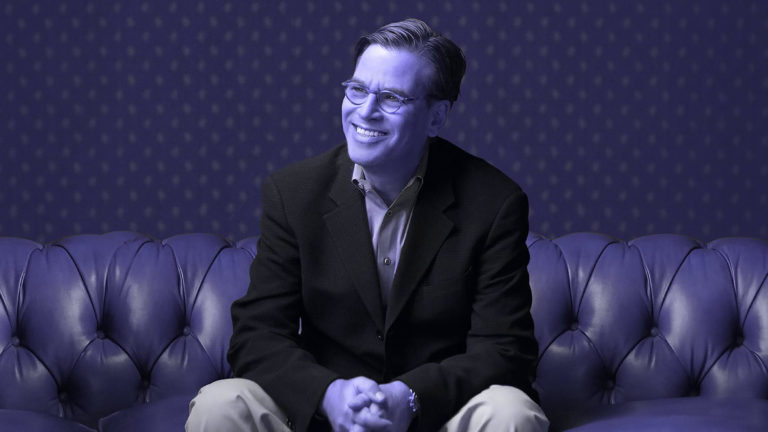 One of those non-debatable universal truths of screenwriting is that Aaron Sorkin is one of the greatest living screenwriters in the game.

To say otherwise may be considered blasphemy and will certainly get you dragged on Twitter. Acting has Meryl. Basketball has Jordan. Sure, you may prefer the writing styles of other great writers, but Sorkin is regarded as the pinnacle for a reason — he consistently delivers quality.

Let’s take a look at some of the best Aaron Sorkin quotes that writers can learn from and apply to their craft and career.

“I grew up believing, and continue to believe, that I am a screw-up, that growing up with my family and friends, I had nothing to offer in any conversation. But when I started writing, suddenly there was something that I brought to the party that was at a high-enough level.”

Like so many young writers, Aaron Sorkin’s journey started with a feeling. He didn’t just write his first screenplay and make a million dollars. It took years of experimenting with various creative outlets until he found his true calling.

Life is a journey. Sometimes writing comes to a person early, sometimes it comes later in life. The most important thing is that once that writing bug bites, there’s no denying it. Putting words on the page brings a writer to life. It becomes a superpower for those who have trouble speaking out, fitting in, or coping with trauma. Once that power is activated, it’s up to the writer to control and master it.

“I had a lot of survival jobs. One was for the Witty Ditty singing-telegram company. I was in the red-and-white stripes with the straw boater hat and kazoo. Balloons. Even when you're sleeping on a friend's couch, you have to pay some kind of rent.”

A lot of writers have this idea that their first script is going to sell, and although it may take a few months to break in — surely Hollywood is waiting for them. To be real, some writers ARE that talented/lucky. For the rest of us mere mortals, Sorkin included, it’s going to be a tough road.

This is especially true when writers start to see a little bit of success. You may see your work produced in a small capacity, or you might be hired by independent producers, and even write specs when you’re not working a day job. No matter if you sold a feature yesterday, you still need to book tomorrow’s job. And that’s not given. Even working writers can go months without receiving that next opportunity. It can take years to break out of the minor leagues — so it’s important to have a day job to ensure your survival.

It’s not fun working a dead-end job as a means to an end, and it can seem like a major waste of time — but these periods can really make or break a writer. If they can withstand this limbo and ignore all the advice to, “Get a real job,” then you might just have what it takes to make it. Writers have bills to pay and writing can’t always pay those bills. Do what you have to do in order to survive. There’s no shame in the game. Even Aaron Sorkin had to do it.

“When you work a regular job, despite doing back-breaking work, when you show up for work in the morning, you know what to do. With writing, that’s not the case.”

We all fall into routines when it comes to our work lives. There’s a certain level of repetitiveness in completing our everyday tasks. The processes are taught to and provided for you based on the needs of your employer. After a while, these tasks come naturally. You become a moving part of a larger machine.

Meanwhile, when you approach a new writing project — you’re on your own. You’re starting from scratch. Where do you start? How can you ever possibly fade out on page 90 when you can’t get a word onto page one?

Approach your writing like a blue-collar job. Once you get the mechanics of outlining, drafting, and rewriting — it too becomes second nature. Show up every day and go through the processes that work for you. Set a routine for yourself. You dictate the workflow, techniques, and approach. Make the work of writing work for you.

Remember, just because you approach writing like work doesn’t mean you can’t have fun. You have a chance to create? To bring life to a page? That’s such an incredible opportunity. Seize it! “I love writing but hate starting. The page is awfully white, and it says, 'You may have fooled some of the people some of the time, but those days are over, giftless. I'm not your agent, and I'm not your mommy; I'm a white piece of paper. You wanna dance with me?' and I really, really don't. I'll go peaceable-like.”

Even the great Aaron Sorkin has to battle with imposter syndrome. This can be humbling and even a little bit terrifying. More than anything, it shows that these feelings are normal.

There will always be doubts as to whether you're "good enough" to write a good screenplay, but understand that even the masters of this craft, even the ones who can double-fist Academy Awards, still have those same thoughts.

“Any time you get two people in a room who disagree about anything, the time of day, there is a scene to be written. That's what I look for.”

Great drama is rooted in human interaction and relationships. Sorkin started his creative pursuits in theater as an actor and playwright. That’s why his dialogue is so revered. A playwright must possess the ability to sit two characters in a black box theater and keep people engaged for the entire show.

If you can find ways to create drama, tension, and subtext with the most minimal of vessels -- two actors and their voices, then a high-flying action set piece should be a cakewalk.

“Good writers borrow from other writers. Great writers steal from them outright.”

I don’t think that Sorkin was encouraging writers to downright plagiarize other writers’ work when he said this. Instead, look at this quote from the viewpoint of a student.

As a writer, you should always be reading great scripts and taking notes. Studying the greats will only enhance your craft.

If you want to know how a jump scare is developed, or how a fight scene plays out slug for slug, then crack open the screenplays of your favorite movies. Examine and break down how the writers were able to achieve these pivotal moments and apply what you learn to your own work.

Use their techniques, add your own flavor and the unique perspectives of your characters, and you have yourself a recipe people will rave about. “Our responsibility is to captivate you for however long we've asked for your attention.”

Whether it’s two characters sitting across from each other in an empty room or an action set piece, the goal is to keep the reader engaged and wanting to read more. Keep the momentum moving by layering your first and second act with subtext and mystery. Lead the reader from one sequence to the next. You have a limited amount of time before the reader stops reading or the viewer looks for something else to watch.

Make them want more so that when the film or television show reaches the credits they long to revisit the world you created. Make it an experience.

Write from the pit of your soul. A story so personal that it terrifies you. Be vulnerable on the page and leave it all out there. It will resonate with someone who understands what you’re going through. They’ll champion your work because it reminds them that they are not alone.

It can take years to develop your voice as a writer and it might be even longer before you’re confident enough to put your most cherished story out there. Be patient with yourself.

“I'm crazy about 'Breaking Bad,' but I wouldn't know how to write an episode of it.”

A large part of finding your voice is finding out which genres and formats you excel at. Write the kind of show you enjoy watching. The more you expose yourself to certain genres, the more you subconsciously pick up on the tropes and storytelling techniques.

Knowing which genres and the formats you’re best at helps land you open writing assignments and staff writing positions. You can even land a consulting position in a writers’ room based on your experience. If you’ve worked in an emergency room or you’ve watched every Grey’s Anatomy ever created, then you’d be a great addition to a medical network drama.

Know what you want and go after it.

“There are some screw-ups headed your way. I wish I could tell you that there was a trick to avoiding the screw-ups… but they’re coming for ya. It’s a combination of life being unpredictable, and you being super dumb.”

This is inevitable. We screw up and learn the hard way. Especially early on in your career, it’s a difficult industry to navigate if you don’t know all the nuances when it comes to interpersonal communications. You live and you learn and you’ll likely make epic mistakes in the process.

The only thing we can do as writers is learn from our mistakes and try to become better writers and people in the process. It’s a long road trip. You can’t freak out when you get a flat tire. Just do what you can, the best you can. How to Generate Awesome (and Original) Feature Film Ideas
X
Screenwriting Newsletter
Join our community of over 100,000 screenwriters and get weekly inspiration delivered to your inbox: