Have You Mastered the Three C’s of Screenwriting?

By Ken MiyamotoDecember 3, 2018 No Comments 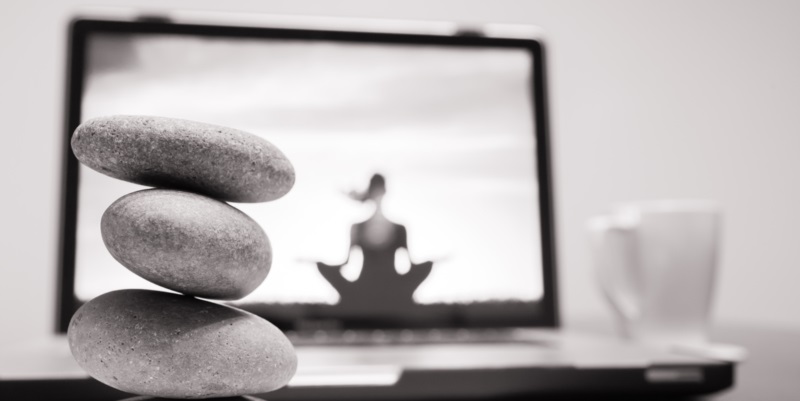 If you had to boil everything down to the bone in the realm of the art, craft, and business of screenwriting, you’d be left with three core elements — Concept, Character, and Conflict.

Those are the three essential elements to successful screenplays, teleplays, movies, and television series.

Read on as we briefly cover what each of these vital screenwriting elements entails, how they relate to each other, and why you should be putting your full focus on mastering all three of them in every script you develop and write.

In the eyes of Hollywood, concept is everything.

Concept is that thing that makes Hollywood insiders and the audience (consumer) tilt their head like an utterly intrigued puppy after they hear or read your logline, which is basically the delivery of the core of your concept.

So anyone that tells you that concept doesn’t matter, just nod your head politely and move on. It’s the reality of the business. And truth be told, it’s not a terrible thing. The best stories are those with great, compelling concepts. Why? Because they entice the imagination. They entice the allure of those “What If…?” questions that audiences love to explore and discover the answers to.

Take Rod Serling’s The Twilight Zone as an example. Why did it stand the test of time? Why do they play 24-hour marathons of it during the holidays? The characters are written well, but when you really think about it, they don’t have a lot of depth — at least not that can or should be explored in a 22-minute segment.

So if the characters aren’t exactly memorable in that respect, why is that show so popular? Because of the concept introduced in each and every episode. Because of the audience’s curiosity of how those concepts are played out.

When you scan your streaming channels for movies and shows to watch, you’re not reading character descriptions, are you? No. You’re reading the loglines that describe the concept.

Make no mistake. Concept is everything. Well, not everything…

While concepts will get those “butts in the seats,” they generally have to contain the attachment of compelling characters for those eventual movies or television series to stand the test of time.

Compelling characters make the concept better because now we have individuals to root for (or against) amidst the concept’s world, scenarios, and conflicts (see below).

Yes, some successful high concept movies have surely been guilty of having cardboard cut-out characters lacking in depth, but that’s not something you want to strive for as a screenwriter when you’re writing on spec. Every studio, production company, agency, and management company have read scripts with engaging high concepts, big ideas, and enthralling worlds. They are aplenty within Hollywood. But it’s the scripts that pair those high concepts with compelling characters and character arcs that draw in the most interest in the spec market.

Genre movies like A Quiet Place and Source Code have excellent concepts but are further enhanced by well-conceived and well-written characters. And the great thing about both of these examples is that this strong character work isn’t lost within $200 million studio tentpoles. Compelling characters can shine in low-budget high concept films as well.

And when you pair those two elements together — concept and compelling characters — Hollywood will be even more interested because the packaging of the eventual film or series will be that much easier. Major actors will come calling, and the movie or series will be an easy sell thanks to the strong concepts that they are centered within. That’s the perfect storm in the eyes of the manager, agent, development executive, and producer.

You accomplish this by giving your protagonists some depth. They can’t simply be reactive to the outstanding concept you’ve conjured. They have to be embedded within each and every idiosyncrasy that the idea could possibly entail. They have to be proactive. And yes, they have to change within as a result.

The few exceptions in that case — franchise characters like Ethan Hunt, James Bond, and Indiana Jones — are null and void in the eyes of an undiscovered screenwriter trying to break through. You can’t write your version of those types of non-arc characters.

But what really creates a compelling character? Conflict.

Cinematic conflict is best described as every point of opposition between two forces (physical or intellectual) as well as the repercussions of that opposition — all within full view of what can be seen on the screen, be it through a movie theater, television, or device.

You can’t convey conflict using background and inner thoughts or explanation of inner thoughts — that’s literary conflict. And if found in a screenplay through dialogue, that’s bad exposition.

As a writer writing for the screen, you are tasked with presenting conflict primarily through visuals. Yes, plenty of Aaron Sorkin masterpieces also use dialogue to portray conflict, but we’re not all as good as him yet, are we?

When it comes to story and characterization, conflict is everything. Without conflict, there is no journey (story) for the character to go through. If there’s no journey or story, the character has no platform to showcase their arcs. And their arcs are primarily portrayed through their actions and reactions while taking on the conflict at hand.

And make no mistake, conflict cannot be singular. Yes, every great movie has a major conflict that the hero must overcome. This is usually the core concept of the film. But there have to be constant cinematic conflicts thrown at the character along the way. Every few pages have to present either a new, additional, or evolved conflict that challenges their physical and emotional being.

Read The Script Lab’s How to Create Cinematic Conflict in Your Screenplays!

The Symbiotic Relationship Between Conflict, Characters, and Conflict

So we have concept, characters, and conflict — the Three Cs. We explore this further by describing the latter two as compelling characters and cinematic conflict.

When you’re writing, you can undoubtedly inject the script with more than the others if you’d like. Great screenwriting is all about finding that perfect balance for your own stories — that give and take.

If you focus too much on writing multi-dimensional characters, but your concept isn’t that engaging, then you won’t even get in the Hollywood door.

If you focus too much on developing a jaw-dropping concept but fail to inject it with characters that audiences want to follow through the fire, then you won’t capture an audience.

If your script is one-note — hitting the audience over the head with just the single concept — and doesn’t have the characters face multiple kinds of conflict as a result of the concept, then it’s a boring read and won’t make it past the first person you send it to.

Long story short, you have to deliver the best possible balance of the Three Cs. Forget anyone that tells you that this is more important than that for these blah, blah, blah reasons. Nobody knows anything. It’s bottled lightning.

If you feel that you have a great concept, make sure it’s great. Make sure it’s not just a gimmick that is going to wear thin. Then pepper it with some interesting characters and see what you can do to make them as good as they can and need to be for the concept. And keep audiences and readers on the edge of their seats by throwing conflict after conflict at those characters living within the world of that concept. Continual cinematic conflict from left to right and from forward to behind. Keep us guessing. Offer twists and turns. Lead us down a path only to make the characters face multiple crossroads. Surprise them. Surprise the reader. Surprise the audience.

That’s how you master the Three C’s of Screenwriting.