Get Out: Jordan Peele on The Q&A Podcast 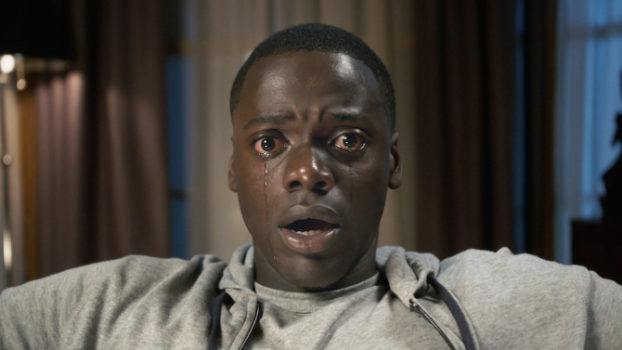 As The Wrap reported recently, Get Out writer-director Jordan Peele quietly made history this month when he became the first African-American writer-director of a debut film to earn $100 million at the box office. Even with big releases like Logan dividing moviegoers’ attention, topical horror-satire Get Out remains the breakout success of 2017.

Peele sat down with host Jeff Goldsmith of The Q&A Podcast for a lively and in-depth interview. Jeff always delivers fascinating interviews with filmmakers working in the entertainment industry today, and ScreenCraft is a proud sponsor of this episode of The Q&A Podcast. Listen to the interview here:

Peele may be best known for starring in the Comedy Central sketch series Key & Peele and for his five seasons as a cast member on MADtv. He went on to write and star in, along with Keegan-Michael Key, the 2016 action-comedy feature film Keanu. Peele’s feature directorial debut, Get Out, premiered at the 2017 Sundance Film Festival, and opened at number #1 at the box office, with $33.4 million. The film stars Daniel Kaluuya, Allison Williams, Bradley Whitford, and Catherine Keener, and follows a young interracial couple who visit the mysterious estate of the woman’s parents.

In this episode of The Q&A Podcast, Peele reveals his personal experiences and connection to the material:

He also talk about his process in general:

“I’m the kind of guy who wants to know the entire movie before I write it.”

“I’ll say this about writing: follow the fun. Follow what is fun to write and the second you’re sick of the idea you’re working on, which will happen sometimes almost immediately, move to the idea that is now fun. This isn’t going anywhere. Follow the fun.”

And the genesis of Get Out specifically:

“After MADtv, what do I do now? Okay. Let’s write for fun. Doesn’t matter if these are ever going to go anywhere. What’s the most fun movie I can write for myself? What’s the movie that doesn’t exist that I want to see? The whole idea was to become a better writer through this. I outlined this and other ideas for about five years before I realized this was the one that was complete.”

“This was something I reached after years and years of dealing with writer’s block. Eight years ago I found myself really feeling like I wanted to do this but I lacked the skill to pull off my favorite movie. So the point of writing, to me, sort of shifted from getting something on the air to something I [could get excited about].”

“I made this movie in the image of two of my favorites: Stepford Wives and Rosemary’s Baby. … I love those movies, first of all because they’re social, they’re about gender, they’re about men making decisions for women’s bodies, and making choices behind their backs. … Those movies were sort of a cue to me that something like this was possible, that you could do that with race. And in the same way that I don’t cry foul for all men when I leave those movies, I knew white people could come and see this movie and get it.”