Whether it's a blockbuster that thrills, an indie that inspires, or a comedy that delights an audience, our Hollywood judges are excited to connect with your voice as a writer! ScreenCraft has helped feature script writers of all different voices find representation, earn paid writing assignments, land high profile options, and even sell their work. We're looking for the best feature voices to elevate. ScreenCraft Feature Screenplay Competition is excited to bring you the opportunity to win a $10,000 Guaranteed Option presented by Flying Rhino Productions in addition to an invaluable mentorship with John Hilary Shepherd.

John Hilary Shepherd is the founder of Flying Rhino Productions, the Co-Executive Producer of Academy Award-winner 1917, and an experienced film executive for over 10 years with development oversight of major theatrical releases grossing over $2 billion worldwide, including Oscar winners and nominees BLACK SWAN, HACKSAW RIDGE, THE IDES OF MARCH, and ROCKETMAN. In addition to ScreenCraft’s intensive reading and review process for all submissions, Flying Rhino Production will also be supporting their selection by:

Read and considered for options and development

Virtual masterclass on script development and the studio process

Get in front of Hollywood judges who love great films!

Zahra Phillips is Director of Production for Searchlight Pictures, the studio behind Academy Award and Golden Globe films such as NOMADLAND, BIRDMAN, WILD, BLACK SWAN, 12 YEARS A SLAVE, THE FULL MONTY and many more.

Will Berson got his start writing comedy for shows like SCRUBS before transitioning to drama, working with David Milch and Edward James Olmos to produce Amazon dramedy pilot SEA OAK, starring Glenn Close. In 2014, Berson was a WGAW Writers Access Project Honoree and in 2020 was named one of Variety’s 10 Screenwriters to Watch. He was nominated for an Academy Award for co-writing JUDAS AND THE BLACK MESSIAH.

Writing team and long-term friends Lauren Hynek and Elizabeth Martin co-wrote Disney’s live-action MULAN and are currently working on a biopic on computer pioneer Grace Hopper, as well as SPELLBOUND for Skydance Animation. Currently, Lauren co-chairs the Committee of Women Writers at the WGAW.

Adam Kolbrenner is a producer of Disney/Fox’s upcoming FREE GUY starring Ryan Reynolds and Amazon/Skydance’s upcoming THE TOMORROW WAR, starring Chris Pratt and is an Executive Producer on the HBO Max series RAISED BY WOLVES with Ridley Scott, an original series from Lit client Aaron Guzikowski (PRISONERS, etc) As a Manager he represents the writers of SAFE HOUSE, GUARDIANS OF THE GALAXY, MORTAL KOMBAT and more.

The Grand Prize Winner will receive a guaranteed option with Flying Rhino Productions. This includes

The Grand Prize Winner will also be welcomed to the ScreenCraft Development Program for personalized mentorship and introductions to literary managers and more.

Will be read and considered by Flying Rhino Productions

Will be shared with Top Literary Managers

The top 25 finalist scripts have already been requested by agents and managers from: 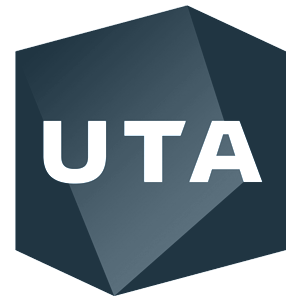 Signed with Manager at & Agent and Staffed on multiple shows (QUEEN OF THE SOUTH, DEBRIS)

Davia Carter won the 2018 ScreenCraft Screenwriting Fellowship and just weeks later she was hired as a staffed writer on USA’s TV show QUEEN OF THE SOUTH! She is repped by Fourthwall Management and Rothman Brecher Ehrich Livingston Agency.

"The week of Fellowship meetings was invaluable; I’m fairly certain I wouldn’t have a career without it. I met with executives at Netflix, Universal, and Bad Robot (naming a few). The dozen-plus meetings I took taught me something that would have taken years to learn without ScreenCraft: meeting etiquette. I’m in awe of how comfortable I am in meetings now. I have ScreenCraft to thank for that."

"Winning ScreenCraft Drama competition has been a significant moment in my career so far. The moment I sat down to write “Borderline” in 2018, it started opening doors for me and turned a few heads. Proves that writing one good script can change everything."

2019 ScreenCraft Fellowship Winner, Lucy Luna, signed with manager Kailey Marsh of Brillstein Entertainment Partners via an introduction by the ScreenCraft team and was subsequently staffed in a Warner Bros TV writers room.

""Before entering the ScreenCraft Fellowship, I was trying to figure out how to navigate the industry, my needs and wants as a writer, and what next step would be the best or smartest thing I could do for my career. I was trying it all: entering all the competitions because I didn’t know which one would be ‘The One’, accepting unpaid or low-paying assignments, and saying yes to the first manager who showed interest.. When all our hopes and dreams rely on someone opening a door for us, well…a gentle knock on the right door is louder than banging on all doors. Winning ScreenCraft Fellowship jump-started my career. They immediately understood where I wanted to go, and what I needed and they worked with me as if my dream was theirs. I never thought that me, a Mexican writer whose English is her second language, would be a working writer in Hollywood anytime soon. So, dear writer, if you’re reading this, there are only three things I’d like to say to you: focus; be patient, and submit your work to the ScreenCraft Fellowship.""

Want More Insights from Your Entry? 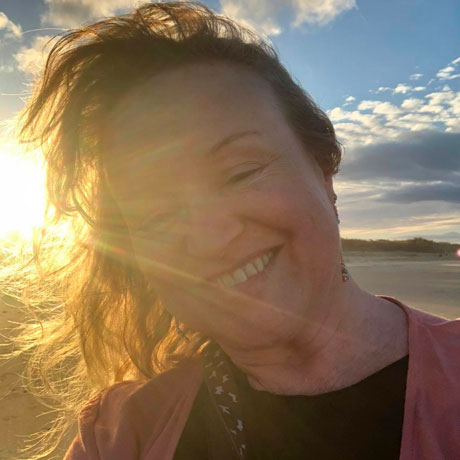