The Single Most Important Element of a Successful Screenplay 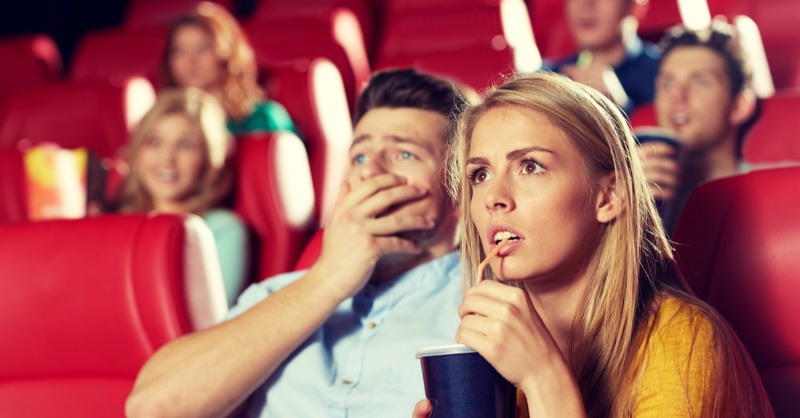 What is the single most important element that screenwriters should be striving for in their screenplay?

The highest level of excellence a screenwriter can attain within their screenplay is Catharsis.

It's a term that has been prevalent in Hollywood in recent years. You can even find it as a grading category in film and television industry script coverage.

The word catharsis derives from the Greek word katharsis, which is directly translated as "purification" or "cleansing". The traditional Greek definition refers to the purging or purification of the emotions through the evocation of pity and fear — often attributed to tragedy.

Aristotle used the term as a metaphor in Poetics, the earliest surviving work of dramatic theory. There is an ongoing debate about what he truly meant when he wrote:

"Tragedy is an imitation of an action that is serious, complete, and of a certain magnitude… through pity [eleos] and fear [phobos] effecting the proper purgation [catharsis] of these emotions."

In today's cinematic interpretation, catharsis can translate as the feeling we feel after the resolution of the story and the protagonist's overall journey.

Have you ever watched a movie or read a screenplay that stayed with you afterward? You walk out of the theater or close that script and feel truly changed or affected somehow.

Maybe you watched Good Will Hunting and truly identified with Will's struggle to overcome his inner demons?

And sometimes the catharsis you feel has little or nothing to do with you personally, but the script was so well written that you somehow felt placed within the shoes of the protagonist and felt their own catharsis by the end of the film as they either achieved what they had been striving for against all odds or felt some relief from their struggles amidst tragedy.

That's the magic of an amazing screenplay and movie, leaving the reader or the audience truly touched, affected, and sometimes changed — catharsis.

Read ScreenCraft's The Screenwriter’s ABCs: An Alphabet of Screenwriting Advice!

One of the most cathartic moments in the history of film is present in Field of Dreams.

Ray (Kevin Costner) has spent the whole film searching for the meaning behind the voice he hears in the fields, telling him:

Each vision, message, and journey further into that rabbit hole of fantasy and intrigue guides Ray down a path that eventually leads to his estranged father that had passed away many years prior. Ray thought he was helping various characters through his journey, but in the end, he was really helping himself reunite with a father he had rejected long ago.

This led to the cathartic moment of finally experiencing that simple pleasure he and his father had tragically never really shared.

The audience was left in tears. The cathartic moment of witnessing that moving experience through the eyes of Ray can still make even the gruffest man cry. Whether it's partly what we bring into the theater — our own baggage — or having been so drawn into the character of Ray through an amazing screenplay, we'll never be able to fully define. However, the script tackles universal emotions and life events that everyone can relate to — love, longing, loss, regret, and estrangement.

In The Pursuit of Happyness, we've watched Chris (Will Smith) struggle to raise his son amidst homelessness and poverty. The brilliant man he manages to get the opportunity of a lifetime to start a life-changing career. While struggling to succeed, he's equally struggling to raise his son in the best way he possibly can — teaching him to never give up on his dreams.

By the end, Chris manages to see his own dream come true.

Once again, the audience is left in tears. The cathartic moment of witnessing a character like Chris finally achieve his goal after a harrowing journey through homelessness, poverty, and the constant haunting of hopelessness left a true effect on audiences. Some related to his story through their own personal struggles while others lived those struggles through the eyes of Chris and were moved as they watched his inspiring reaction to life-changing news.

In Dead Poets Society, we watched the tragic story of Mr. Keating — the figure of inspiration and intrigue to a group of private school students — as he was forced to take the fall for the suicide of one of his students. Throughout the story up to that sad point, we watched as he inspired the group through poetry, philosophy, and actions that were in stark contrast to the authoritative rule of the school.

With the students having been forced to sign a document putting blame on Mr. Keating for their friend's death, they are forced to watch as he gathers his things while the school's headmaster teaches Keating's class. With guilty eyes and heavy hearts, they decide to act on the inspiration that Keating once supplied for them.

Looking at this scene through inspired tears, audiences related to the need to oppose unwarranted authority and rule. Beyond that, we yearned for Mr. Keating to receive the justice he deserved.

How to Create Cathartic Screenplays

You have no control as to which individual reads your screenplay and what "emotional baggage" they bring to the read.

However, you can inject those universal themes and emotions and use them as a wide-spread net to catch as many prospects as you can. You can transcend cliches, tropes, and standard stories in whatever genre by layering them with emotion.

A hero may be trying to save hostages from terrorists in a towering building, but deep down he may be seeking the love of his life — his estranged wife — despite the regrets that life can often cause between two people that love each other.

A little boy may be trying to help an alien escape the clutches of government agents trying to poke and prod him, but by the end, he's forced to say goodbye to the best friend he has ever had.

These universal emotions need to be injected into your screenplay.

It's not enough to just get characters from Point A to Point B amidst Conflict One, Two, and Three. Your story has to involve different levels of content. The plot keeps moving things forward, but without the emotion and themes — whether it be sadness (drama genre), fear (horror genre), love (romance genre), survival (suspense thriller genre), exhilaration (action genre), or even hilarity (comedy genre) — your script is lacking.

You need to search for the cathartic elements of your concept, story, and characters.

What are the themes and emotions that will leave the reader and the eventual audience with that cathartic feeling of being utterly relieved that the protagonist has achieved their goals, that they've found some peace, or even better — that the reader or audience has somehow attributed what the characters went through to their own emotions, to their own context of their own lives?

That's the single most important element to any screenplay. You want that reader to experience that cathartic feeling when they close your script. You want it to stay with them.

Spread that net wide and choose emotions and themes that will offer you the highest hit percentage. And know that you can accomplish this in any genre and any type of cinematic story — big or small.