How can screenwriters learn how to format and write studio script coverage?

The role of a script reader is that of a gatekeeper. All scripts come through studio, agency, production company, or management company script readers. And those script readers are the filtration system of the screenplay market.

They receive the spec screenplays or writing samples from the studio, agency, production company, or management company, add it to their stacked deck of reading responsibilities for the week and eventually get to every screenplay assigned to them.

They read the script and are tasked with writing script coverage.

Script Coverage is the analysis of a screenplay, consisting of various grading of a screenplay’s many elements and accompanied by detailed analytical notes that touch on what works and what doesn’t work within the script.

Script readers grade everything from concept, story, characters, dialogue, pacing, and structure to marketability, castability, and overall worthiness of consideration by whatever company the script reader is working for.

Contrary to popular belief, studio script readers and assistants are not one and the same.

True script readers read scripts, novels, and other forms of intellectual property, and then write script coverage. That’s it. No answering phones, no fetching coffee, no making copies, or any other such office jobs delegated to assistants and interns.

However, assistants and interns are usually asked to write script coverage as well, primarily because there is so much material to go through.

Dedicated company script readers usually handle the higher profile reads — those that the assistants have graded as either a Consider or Recommend.

Pass means the script isn’t ready, is outright terrible, or just not for the company.

Recommend means the script is worth investing in, whether it be through an option, development deal, or outright purchase. In short, if you the script reader gives anything a Recommend, you’re telling your boss that they should spend millions of dollars on the project right now before someone else picks it up.

Generally speaking, 95% of the scripts you read will be easy passes, 4% will be above average at best, and maybe 1% (if that) will be actual great reads that showcase huge potential.

Why Should Screenwriters Learn How to Format and Write Script Coverage?

Writing script coverage is the greatest education in screenwriting that you will ever attain. It's better than anything you can learn in film school or through screenwriting seminars.

It is the ultimate education anyone can receive in the art, craft, and business of screenwriting.

So if you're serious about this screenwriting journey, you should do everything you can to learn the ins and outs of script coverage.

That said, attaining a studio script reader position can prove to be very difficult.

Networking comes into play. It’s very rare that you’ll find a job listing in the trades or on a studio’s job site. Sometimes you'll need to work your way into an intern or assistant position at first.

Other times, you can simply showcase a knack for writing great script coverage by volunteering your services to peers and writing groups. But it's best to learn the general format that the industry uses.

Here we will share the basic format of studio, production company, agency, and management company script coverage. We'll briefly go over each section of a coverage form and then share a document that you can download for your own records.

Get help structuring your screenplay with this free eBook! The Format and Content of a Script Coverage Form Every coverage form should have a centered script title heading, and the eventual file name should be the same as the heading.

While it may seem redundant, listing the title once again is common format and practice.

The names of the writers should be listed for log purposes.

Simply list if the document being analyzed is a feature screenplay, teleplay, TV pilot, novel, graphic novel, comic, or whatever type of intellectual property.

Sometimes script readers are tasked with writing coverage for something other than screenplays, but they are reviewed within the context of how they would translate to a feature film or television episode.

Do your best to ascertain what the genre of the screenplay may be.

This element takes some research and instincts to answer. While not every company will request this answer, it's become a very common element in studio script coverage.

If you dread writing loglines, you'll have to get past that because when you're writing coverage, the logline is one of the most important elements.

Concept is everything in Hollywood. The logline is the selling point of the script. They need to give a clear and concise view of what the project is and what the appeal may be.

A quirky family determined to get their young daughter into the finals of a beauty pageant take a cross-country trip in their VW bus. (Little Miss Sunshine)

A group of seven former college friends gather for a weekend reunion at a South Carolina winter house after the funeral of one of their friends. (The Big Chill)

A man creates a strange system to help him remember things so he can hunt for the murderer of his wife without his short-term memory loss being an obstacle. (Memento)

A thief who steals corporate secrets through the use of dream-sharing technology is given the inverse task of planting an idea into the mind of a CEO. (Inception)

When a teenage girl is possessed by a mysterious entity, her mother seeks the help of two priests to save her daughter. (The Exorcist)

A fast-track lawyer can’t lie for 24 hours due to his son’s birthday wish after the lawyer turns his son down for the last time. (Liar Liar)

You can find loglines for any existing movies on IMDB. Being able to write them is a necessity as a script reader — and as a screenwriter.

The summary is the plot synopsis of the story from beginning to end.

The length of the summary will vary, but it's generally anywhere from a single-spaced page to a page and a half — all written in third person present tense.

You want to focus on the broad strokes of the story while including each and every twist, reveal, and revelation.

The biggest mistake people make while writing comments (otherwise known as notes) is making a concerted effort to pick the script apart and point out everything — big and small — that is wrong with it. If that is all that your coverage entails, it’s bad coverage.

“The script did this wrong here, that wrong there, this character was written terribly, that plot point didn’t make sense, etc.”

The best way to write comments for a script is to find not only what doesn’t work, but especially what does work.

“The script struggles with formatting mistakes, which makes it difficult to read and follow. The writer needs to tighten up the dialogue and scene descriptions as well. The lead character doesn’t have a great arc. However, this concept is amazing. The second lead character is written brilliantly. The pacing keeps you engaged throughout, full of many twists and turns that you don’t see coming.”

Do you see the difference?

Instead of focusing on only the negative and what the script and the writer did wrong, you equalize everything by finding the strengths of the script as well.

That’s what real script readers have to do.

The true measure of being a good story analyst and script reader is being able to analyze and showcase the strengths and weaknesses so the producers and development executives can ascertain whether or not the script itself needs to be optioned or purchased, and whether or not the writer should be considered for possible assignments.

How to Use the Script Coverage Grading Grid The grid is used to generalize your reaction to the screenplay's various elements, based on the company's wants and needs.

The forms grade these elements by checking the boxes of Excellent, Good, Fair, or Poor with an X.

At the bottom of the grid, you'll see the overall script and writer grades — Recommend, Consider, and Pass (see above for descriptions of each).

The placements of the X in each category will average out to one of those final grades for the script.

An example would be: Keep in mind that the comments you write should elaborate on the grades you give the script.

Sometimes the script's concept, story, and characters stand out as desirable for the company, while the delivery of those elements isn't up to par. In that case, the writer may be a Pass while the script itself may have enough to warrant an acquisition for a new writer to take it on.

There are also times where the script itself isn't something the script reader is going to Recommend for the company — usually based on their wants and needs — but the writing is strong and the writer may be someone the company wants to use for writing assignments.

Being able to format and write script coverage is a trait that all screenwriters should have in their arsenal. It will help you become a better writer and it may put you in a position to become a professional script reader, which can open many doors of opportunity for you down the road. 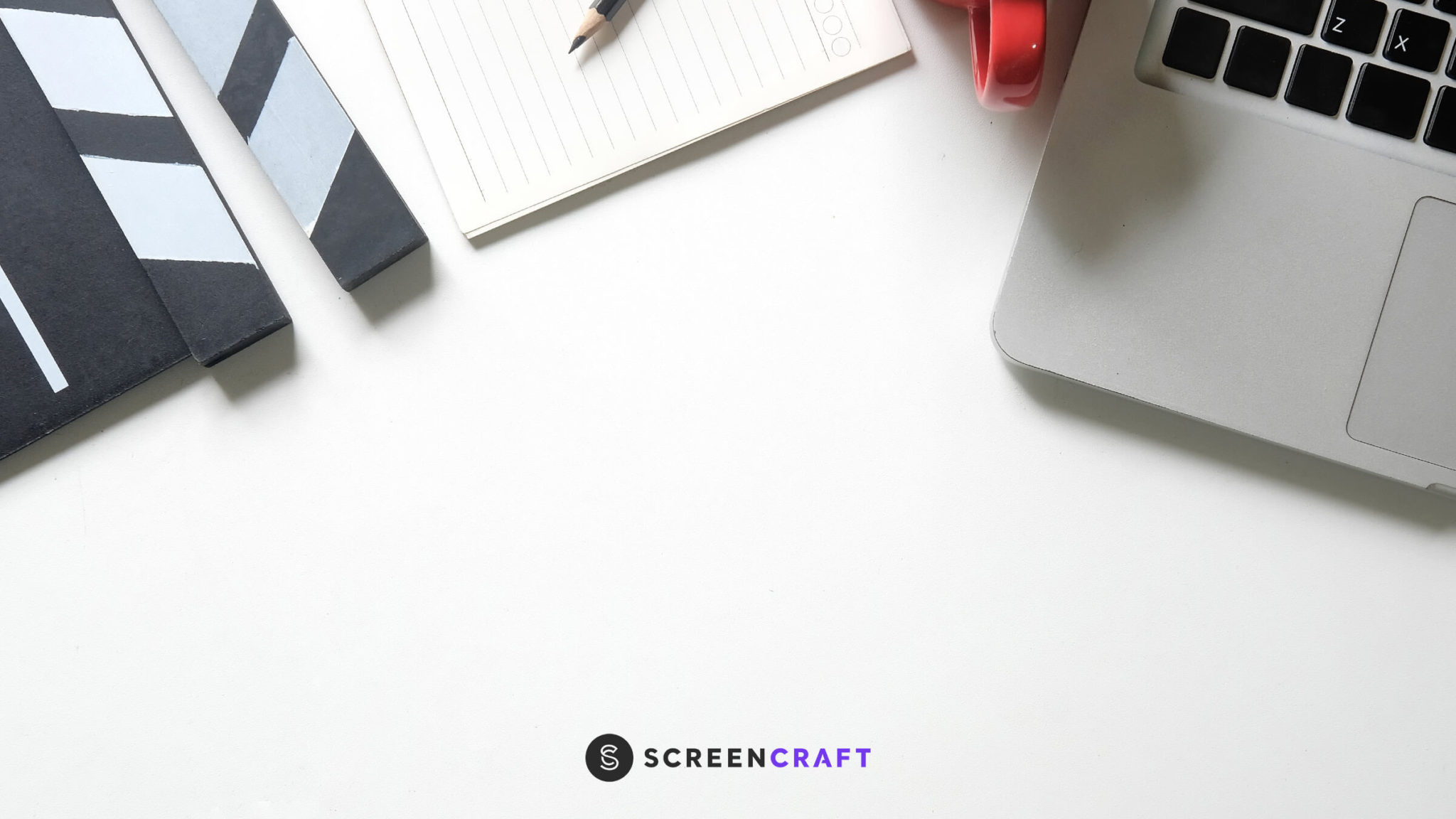