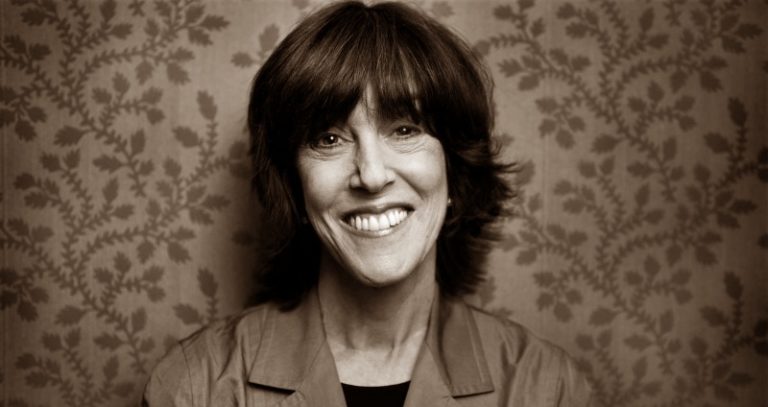 The late, great Nora Ephron was an early trailblazer in the realm of screenwriting — particularly as a female writer, long before the recent, ongoing, and well-overdue women's movement in Hollywood.

Ephron, the daughter of two writers, grew up in Los Angeles and felt so much like an outsider that she headed east as soon as she could, attending Wellesley College in Massachusetts.

She wrote the screenplay for 1983's Silkwood, earning an Oscar nomination for it in the aftermath. After writing the adaptation of her novel Heartburn in 1986, Ephron wrote arguably the greatest romantic comedy — a little film entitled When Harry Met Sally. That script would earn Ephron her second Oscar nomination.

In 1993, Ephron moved into the auteur chair as writer and director of arguably the second greatest romantic comedy — Sleepless in Seattle. The script garnered her a third Oscar nomination.

She reunited with her stars from that classic — Tom Hanks and Meg Ryan — to write and direct yet another romantic comedy classic, 1998's You've Got Mail, completing an unofficial trilogy of romantic comedy greatness.

But she didn't stop at that genre. Julie & Julia was her hit 2009 film that she wrote and directed about Julia Child's story of her start in the cooking profession, intertwined with blogger Julie Powell's 2002 challenge to cook all the recipes in Child's first book. It was a celebrated film that garnered Meryl Streep yet another Oscar nomination.

Sadly, the world was forced to say goodbye to Ephron in 2012 after a battle with pneumonia, caused by acute myeloid leukemia. She was 71.

Here we share some of her best words of wisdom and add our own elaboration by applying the themes and advice she so wisely shared to screenwriting.

"Above all, be the heroine of your life, not the victim."

So many applications can be applied to these enlightening words — but within the realm of screenwriting, we can easily attribute them to the cynicism that screenwriters so easily fall victim to.

Struggles within your screenwriting journey are aplenty, whether it's because you're a female writer struggling to break through in what has historically been a male-dominated industry or because you're simply feeling victimized as a male or female screenwriter in an industry full of constant rejection.

Don't be a victim. Be a hero or heroine. Heroes and heroine's do all that they can to prevail, despite all of the odds against them. They don't sit around and play the victim.

"My mother wanted us to understand that the tragedies of your life one day have the potential to be comic stories the next."

Beyond the brilliant advice for comedic writers, the further message that can be applied is the wise thought that the stories and conflicts within your own life can be excellent fodder for cinematic stories. Whether it's just a moment in your life that you place within a moment of your screenplay, or something much bigger which could encapsulate a whole feature story.

Look no further than your own life experiences to find great conflict, hilarity, and content to adapt.

"I don't care who you are. When you sit down to write the first page of your screenplay, in your head, you're also writing your Oscar acceptance speech."

If you're writing niche horror movies or slapstick comedies, this may not always be your experience, but the real message behind the quote is the truth that when we choose a script to write and begin writing it, any and all hopes and possibilities are aplenty. There's a magic to the excitement of beginning a new script.

And yes, at some point, whether we like to admit it or not, all writers have fantasized about their own Oscar moments.

"[Sleepless in Seattle] was a script that had been written by three or four other writers before me, and it never really worked, but it had this amazing ending on the top of the Empire State Building that just worked, no matter what came before it."

"I try to write parts for women that are as complicated and interesting as women actually are."

If only she were alive today to witness the plethora of amazing female roles in theaters and on television — she would be proud. What a difference a few years can make. But the movement isn't over and never can be. Whether you are a male or female writer, the days of writing female characters that are simply trophies or damsels in distress are over.

"Writing is what I do. It's like breathing to me at a certain point."

If you truly want and need to be a screenwriter, you just have to do it. It has to be like breathing. If you don't breathe, you don't live. If you don't write, you can't survive the day, week, month, or year. That's what it takes.

Read ScreenCraft's Do you WANT or NEED to Be a Screenwriter?

While writing is obviously a key part of becoming a great writer, reading is a necessary component as well. It can allow you to escape from your own narratives for just long enough to enjoy the return back to them. It can also inspire you when you've felt our own writing process coming to a halt.

Read books and read scripts whenever you can. It's just as important as the actual writing.

"Take notes. Everything is copy."

Copy is a publishing industry term that can be equated to content or material in the film and television industry. The clear meaning of the quote is that life breeds the best material. You can draw whole stories from your life experiences and from those around you. You can draw whole characters from your life as well and implant them into the context of your cinematic stories.

Be aware of everything around you. Be aware of what's happening in and around your life. Everything is possible future copy, content, or material.

"There is something called the rapture of the deep, and it refers to what happens when a deep-sea diver spends too much time at the bottom of the ocean and can't tell which way is up. When he surfaces, he's liable to have a condition called the bends, where the body can't adapt to the oxygen levels in the atmosphere. All of this happens to me when I surface from a great book."

This is what every script reader craves as well. As a screenwriter, do all that you can to create that cathartic experience within your screenplay and through the stories and characters you present. Don't just plot. Give us that rapture of the deep once we reach the last page.

And one last quote for all of you amazing female writers out there, with no elaboration necessary...

"Whatever you choose, however many roads you travel, I hope that you choose not to be a lady. I hope you will find some way to break the rules and make a little trouble out there. And I also hope that you will choose to make some of that trouble on behalf of women."

We miss you, Nora. You and your words will never be forgotten.