No matter how basic it may seem, you can always learn more about three-act structure.

That was one of the prominent takeaways from my time at the 2014 Toronto Screenwriting Conference, a quickly growing gathering of screenwriters and producers where advice on perfecting the craft and navigating the industry comes fast and furious.

Michael Arndt (Toy Story 3, Little Miss Sunshine) started the conference off with a breakdown of his most recently released film, a seminar titled “Toy Story 3: Mistakes Made, Lessons Learned”. It appears as though Arndt has embraced the teacher role, with this seminar among others appearing online. Although we were advised of a video/audio blackout, I do recommend seeing if you can find more of his teachings elsewhere on the web, as he was unabashed and thorough in the process they took in scripting the box-office-busting (and Oscar-winning) three-quel.

Arndt structured his seminar much like a typical screenplay, running the crowd through some of the changes the film went through in each of its tent pole moments, which he categorized as: Introduction, Inciting Incident, First Act Break, Midpoint, Second Act Break, and finally, Climax and Epiphany. For ease of consumption, I’ll follow the same format in recounting the lessons learned during his session.

Inciting Incident: Arndt states that the inciting incident must disrupt plans for the future, and change the sense of both self and the world. The harder this disruption lands on your characters, the higher the stakes will be and the opportunity to engage an audience rises exponentially. For this reason, during the production of Toy Story 3, they found it much more effective to make sure the worst possible thing happened, in an unforeseen, visceral, action-heavy method. The image of the toy heroes in a garbage bag on the curb was the worst thing they could imagine, and they reverse-engineered that image into an action set piece that set the story in motion and raised the stakes.

First Act Break: At the end of the first act, the audience should have a good understanding of the characters, the world, and what has happened to disrupt them.  Circumstances have changed. This is when the quest truly begins. In order for it to be effective, the hero must be active, and there must be a clearly defined global goal, as well as a goal for the second act (eg. in Star Wars, the global goal is to ensure galactic safety, but the second act goal is simply to deliver plans to rebels on Alderaan). A good second act goal is specific, clearly defined, and can act as the first step towards the global goal. It should be humble/easy to achieve, but susceptible to change (at the midpoint).

Midpoint: The midpoint is the best opportunity to turn your story on its head. It should change the direction of the story, lay out all the exposition, and deepen the stakes. It should also have a fair share of reveals to keep the audience on their toes. Arndt gave a laundry list of these reveals/changes that happen in Toy Story 3, showing just how a midpoint can change the course of a film (including, but not limited to, revealing the real villain to showing one of the protagonists is brainwashed). It’s best if new obstacles and reversals happen simultaneously. Your script cannot simply tread water at this midpoint.

Second Act Break: This is the part of your script where your characters are “out of the frying pan, and into the fire.” There is success/culmination to the second act goal, but a setback in the global goal. There is no turning back. The stakes are set and you must be prepared to resolve them, positively or negatively.

Climax/Epiphany: At the end of your script, there must be a ‘eureka’ moment for your hero. Their view of the world may change, but it was a philosophical success that leads to these (more superficial) external and internal successes. A lot of times, the villain is a projection of your hero’s worst attributes, and this can be emphasized by having the villain’s point-of-view seem inarguable from the start; the issue is not that it was “wrong”, but it was always a shallow or petty point-of-view. The hero’s new truth, that shares qualities with this perverted version held by the antagonist, is now deeper for the experience.

A good screenplay is full of moments that effectively work to establish, turn, destroy, or resolve. By utilizing these checkpoints, and learning through reworking these moments until they are as effective as possible, Arndt made it clear that your screenplay can adhere to certain expectations while still rewarding your audience with a surprising, thoughtful, and exciting story.

Alex Shutsa is a writer based in Toronto, Canada. He works in Canadian television, helping to produce award-winning lifestyle series. On his off time, he dreams up scripts that would be a whole lot more expensive to produce. You can follow him on Twitter at @shutsaswords 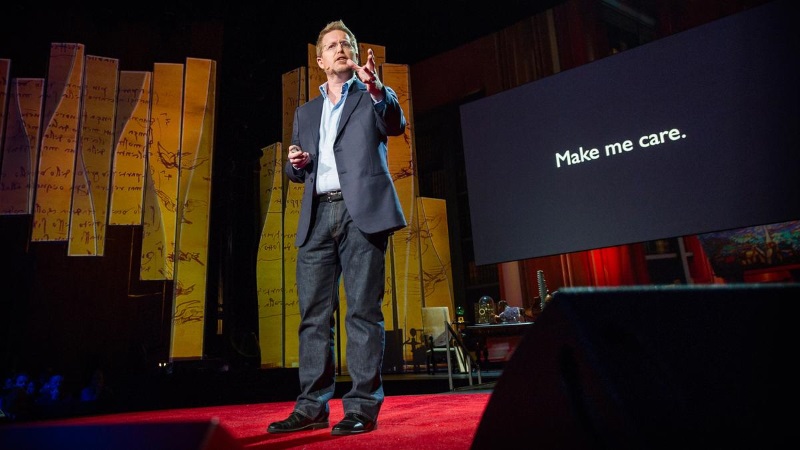