Games have become an undeniably powerful medium for storytelling. Now more than ever, they’re able to tell cinematic narratives, while also adding a level of player interactivity that creates an unparalleled amount of investment in the consumer.

Now, you might ask what video games have to do with screenwriting. Well, the games industry is only getting bigger, and with a greater emphasis being placed on narrative, there is an unprecedented need for sound storytelling. Which means more jobs for writers. So why limit ourselves?

Advice for breaking into the screenwriting business is pervasive. You can’t throw a rock on Twitter without hitting someone doling out choice bits of wisdom. But breaking into games writing? A much foggier prospect indeed.

Here to shine a light on the subject is independent developer Kan Gao, whose trademark has become games with a strong focus on character and story. Below he discusses his thoughts on the direction of the medium, his process and his advice to writers who might want to try a different approach to storytelling.

Why don’t you start by telling us a bit about who you are?

My name's Kan Gao, I'm the writer and composer at Freebird Games. I wake up in the morning and make games in my pajamas, some of the past projects being To the Moon, The Mirror Lied, and A Bird Story.

Is Freebird Games your company?  You say you're the writer and composer, how many other people are involved?

It's my company, yes; officially, I'm the only one in it. But I do get help via commissions from many talented folks who kindly contribute -- mostly in the form of artwork and graphical assets. And sometimes via bartering -- trading compositions for their art, etc.

So you're definitely what would be considered an "indie developer."  What made you decide to get into game development in the first place?

Although I've always loved games as a medium, the reason I got into it myself was almost solely for the purpose of storytelling. It started about a decade ago: I was in high school, and working on my [wannabe teenage emo novel]<TM>, when suddenly, I thought that it might be cool to see the setting as a place the reader could traverse themselves. So I looked up tools for creating interactive fictions -- but instead, I came across tools that allowed for games with visual and audio components too. I decided to give it a go, and was sucked into it ever since. So is there any advice you could give to anyone with a game in his or her heart but no clue how to get going?  Are there any tools you could point them to?

Certainly -- there're more tools now than ever to get a game started, even with little prior experience (that being said, experience one builds from there on is definitely needed to make something marketable). I actually co-participated in a PCGamer article a while back, which highlighted numerous game engines that could be used to make the kind of game that fits one's imagination.

From “A Mirror Lied” to “To the Moon,” all your games utilize simple graphics and mechanics underpinned by a strong narrative thrust and atmospheric scores.  Was there any specific reason you decided to hone in on storytelling in a medium where a successful game is most often defined by the quality of the graphics and mechanics?

Honestly, I was just doing what I wanted to do. All I could hope for is to make something that did its job of delivering the story I wanted to tell -- it didn't matter much to me what it would be like in comparison to other things in the genre, or what its subgenre is even called. I find that a lot of time is spent on semantics and labels, but they're really just that.

Feels like it was a niche that was aching to be filled.  I think a lot of people are just now waking up to the potential that games have to tell stories.

Yeah, I think so too. Although, I do think there's still a long way to go with exploring its narrative potentials. Even with something like To the Moon, while I'm certainly grateful that many folks connected with it and appreciated it, I know there are still a lot of things the unique interactive nature of games offer that were underutilized. It really feels like such a vast medium -- on top of the classical categories of drama, action, comedy, romance and the like, you have another dimension of what kind of game it is and its particular interactive mechanics.

Interactive fiction has a huge fan base in Japan but it hasn't really gotten a foothold in the West.  Why do you think To the Moon resonated so strongly with so many across the globe?

I can't really say for sure; but if I had to guess, perhaps it has to do with the universality of the theme of life and death. I feel like with a story like that, folks also tend to attach a lot of their own personal history to the story that they're witnessing, and that there's something for them in ways that it's not quite the same for others.  I also like to think that the fact that it doesn't really take itself overly seriously might've helped, at least with managing potential backlashes. I'm not particularly proud of being cynical, but sometimes when I watch something dramatic that's all stern and mushy, I can't help but feel a bit taken aback. So I guess when it came to my time to make something all stern and mushy, I tried to be self-aware about it and tried to have fun as much as having drama.

Tragicomedy is the kind of thing I'd like to make the most, really. Futurama being one of the best examples of it… and it's something that I really look up to.

"Jurassic Bark," am I right?

Speaking of To the Moon, which is easily your most lauded game, where did you get the idea?

The core story itself stemmed from a lot of the things that were going on in my life at the time, but the concept was conceived when my grandpa had a health crisis with his heart. I thought about what it must've been like to be on one's deathbed, and if I'd have any regrets when I get there.

Here’s a look at the game’s trailer:

The story centers on two doctors, whose day job is to rewrite the memories of the dying as an end-of-life service. On this particular day they’re charged with taking a dying man to the moon as his last wish. But they come to discover that the true key to his happiness is the very thing that would prevent him from getting to the moon and them from fulfilling their contract.

Without giving too many spoilers, the game features a couple characters on the autism spectrum.  It’s my opinion that you handle them with no small amount of grace and respect.  But how has the autism community received the game?

At least from what I've seen and some kind emails folks sent, it seemed to have rang generally well, with many using it as an aid to show family members; it's something that I'm very grateful for. That being said, I have also came across comments from people who did not find the portrayal to be satisfactory, citing that someone they know with it comes off differently. But I think that's the thing with the spectrum -- that while there're similar themes, everyone is different in someway.

The style of "To the Moon" is very retro, looking like classic Japanese role-playing games like "Final Fantasy" and "Chrono Trigger," which for gamers of a certain age inflames that nostalgia gland in a major way.  With nostalgia being a huge thematic element of the story itself, was this design choice intentional or more of a happy coincidence that the tools you were using fit into this sort of visual landscape?

It was what I was working with at the time, but the nostalgic nature of the look did come to mind. I'd say it was a happy coincidence, but intentionally built on from there. "To the Moon" is often listed with "BioShock," "The Last of Us," and "Mass Effect" (just to name a few) as among the best told stories in video games.  Even Edward Snowden has stated it's one of the best stories he's ever played.  How does it feel to be in the company of such heavy hitters?

It's just surreal, to say the least. There's almost a bit of a feeling of "how did I sneak into this room that I don't belong in"; but of course, it's an honor in the best way. And finding out about Snowden's post was definitely trippy; one of those "small world" days. If I remember right, he wasn't so fond of the ending, though!

Now… this is a screenwriting blog so I’d be remiss if I didn’t talk movies with you, at least for a bit. Are there any videogames (besides the obvious) that you’d love to see adapted for film or television?

I think I view movie adaptations of other [media] franchises in an odder way than usual -- I don't really mind them straying from the original material… I personally find it interesting to see a different take on something, almost like an alternative tangent.  I’d love to see a movie based on the concept of “The Swapper.”

And if you had your druthers, who’d make it?

Duncan Jones comes to mind for that. Especially since he did “Moon.”

Duncan Jones comes to mind for everything.

You can follow Kan at @reives_freebird for updates on all his upcoming projects, which includes a sequel to “To the Moon.” His games are available on Steam, at gog.com or from his website directly. "To the Moon" is a great starting point if you’re interested in exploring the powerful storytelling potential that games have. It’s only four hours long. Just make sure you have some tissue handy.  And maybe a bottle of wine. 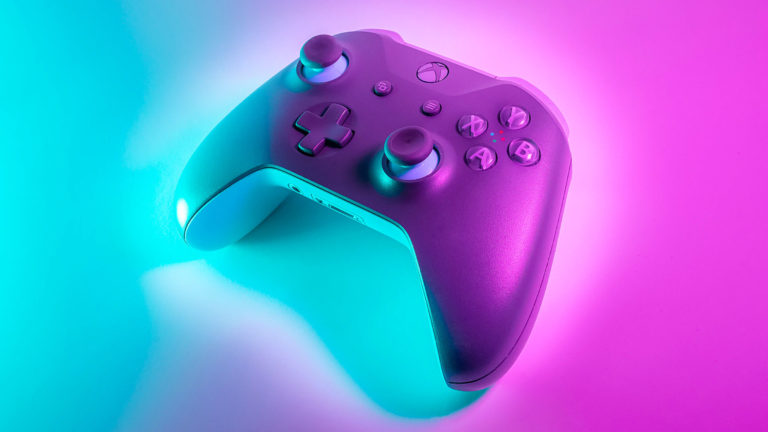 Play Mechanics: Adapting Video Games For The Screen
X
Screenwriting Newsletter
Join our community of over 100,000 screenwriters and get weekly inspiration delivered to your inbox: