Why Screenwriters Should Embrace The Heroine's Journey Many of us grew up in a time where a strong female character leading a big cinematic story was nothing more than an anomaly. Back in the day, we had Sarah Connor and Ellen Ripley — that was all. Hollywood was stuck in the constant regurgitation of The Hero's Journey — the mythic structure of Joseph Campbell's monomyth. For decades, screenwriters have obsessively bowed down to his writings, as well as The Writer's Journey: Mythic Structure For Writers, Christopher Vogler's celebrated companion piece that took Campbell's monomyth declarations and applied them specifically to cinematic storytelling.

Such structure, concepts, and breakdowns have, can, and will apply successfully to some outstanding films, but "the times they are a changing."

What most people overlook is that Campbell's monomyth best emphasizes characteristics and values found strictly in male characters. In fact, in Campbell's framework for The Hero's Journey, he details only two roles for women. The first — “The Meeting with the Goddess" — references the woman as the love interest or as some sort of maternal divinity role. The second —  “Woman as Temptress" — references the woman as a character that temps the hero, usually in lusty fashion.

This doesn't jive well with these contemporary times, does it? 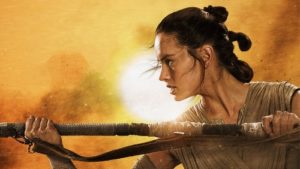 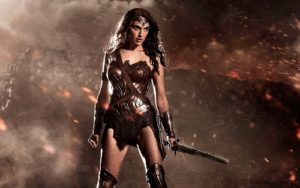 For years Hollywood has struggled with developing strong female roles that are at the forefront of tentpole features. Even the seemingly critical bullet proof Marvel Cinematic Universe has still yet to feature a stand alone film for one of the its most beloved and ever present characters — the Black Widow.

Thankfully, female lead roles are becoming more and more prevalent outside of the romantic comedy genre. The reason behind this is the ever-progressing nature of our society.

You see, Campbell based his mythic stages primarily on history. The times he looked back to were some of the most sexist eras of mankind's past where women were either the subjects of man — mothers, daughters, lovers — or were the temptresses of them. Women weren't allowed to fight. They weren't allowed to go on dangerous journeys. Even as recent as the twentieth century — the 1950s in particular — women had the expectation of being a subservient to their male counterparts.

Thus, Joseph Campbell's vision was always emulating the past. That time has come and gone as The Heroine's Journey has proven to always look to the future in terms of progress in society — specifically towards the role that women play.

The Differences Between The Hero's Journey and The Heroine's Journey

“Women don’t need to make the journey. In the whole mythological journey, the woman is there. All she has to do is realize that she’s the place that people are trying to get to.”

Joseph Campbell himself told this to Maureen Murdock, the woman who would later create the stages we now know as the somewhat official Heroine's Journey. It's clear that Campbell was ignorant to the times that were possible — and soon on the horizon.

Murdock later described her own model in The Heroine’s Journey: Woman’s Quest for Wholeness, which is divided into ten stages. We'll use the recent acclaimed film Wonder Woman as an example for each. And then we go back to The Hero's Journey and Vogler's own breakdowns... You'll see many similarities between the two, but as mentioned before, The Heroine's Journey is centered on moving forward, with the female trying to bridge the gap between male and female roles while The Hero's Journey is often much more about personal glory and achieving victory in the end. The Hero already has power as a man. The Heroine battles not only the conflicts at hand within the story, but is also dealing with the prejudice of being a woman.

Can Heroes Be Written Using The Heroine's Journey — and Vice Versa?

The mistake that Hollywood can and will make while attempting to write female-driven features is simply writing a hero with boobs story where the screenwriter uses the applications of The Hero's Journey and simply gender flips the character — essentially just writing she instead of he, and so forth, while retaining the overall stages of The Hero's Journey. In essence, the screenwriter would be missing the point of writing a female driven story if they choose to ignore the female elements of conflict that women are faced with.

Elements of The Hero's Journey can certainly be utilized — and are ever present — in The Heroine's Journey, but what needs to always be included within the latter are forward-thinking answers to questions and conflicts that women face. Such things need to be addressed because that is where the conflict of such stories are set apart from a hero's tale. Men and women deal with very different types of conflict and that has to be showcased within the confines of each of their types of journeys. Female characters can certainly have characteristics found within The Hero's Journey, but it would be difficult to apply characteristics found within The Heroine's Journey to a male character because they generally can't and don't relate.

Is The Heroine's Journey the New Hero's Journey?

The initial answer? It should be.

This is not to say that The Hero's Journey should be pushed aside. There are many such stories to tell. However, as Hollywood is slowly getting the signal that audiences are responding to variations of The Heroine's Journey, it would be wise — and righteous — for any and all screenwriters to seek out stories that feature strong female characters within that context.

Hollywood is looking for such stories. They are actively seeking out voices that can bring such stories to the forefront. And it doesn't always have to be a female screenwriter that does so. In fact, since women account for just 15 percent of sector screenwriting employment and are outnumbered by more than three-to-one among screenwriters, according to an early summary of the 2014 Hollywood Writers Report, male screenwriters — the vast majority — should be the ones to lead the continued charge, then forcing Hollywood to adapt and accept female voices to drive that percentage up.

The wonderful aspect of The Heroine's Journey over the more conventional Hero's Journey is that it makes way for more supporting characters as well. Jinn had her Rogue One war mates in Star Wars: Rogue One. Katniss had her support team in The Hunger Games. Wonder Woman had Steve and their collected posse of supporting characters.

If a screenwriter is going to have a character undergo a journey, The Heroine's Journey allows for more great characters ready and able to get into the mix, as opposed to The Hero's Journey that often focuses solely on the hero himself.

The Key Is to Create the Ultimate Journey Hybrid

The truth is, whether you're using The Hero's Journey or The Heroine's Journey as a launching pad for the structures and themes of your screenplay, there's no set formula to follow. There is no right or wrong way to write any story as long as there is a great story to tell and a great character to follow through the journey of that story.

I'm currently in the process of gender switching a screenplay that Lionsgate previously picked up. That decision was made not to chase a trend, but to add depth to the concept and character. Women face more conflict than men, thus the screenplay benefits because as most should know, conflict is everything. Without conflict, there is no compelling and intriguing story to tell.

So as a screenwriter, if you're looking for ways to shake things up and take what may be a more routine concept, story, or character, look no further than the gender of your lead or strong supporting character(s). What would happen if you flipped that gender?

We saw that happen with Star Wars: The Force Awakens. The Luke-type character from the original trilogy was replace by Rey, a young woman. And that changed the character-type for the better in many ways. Rey rejected Finn's continued attempts to "protect" her while she was the one that was actually holding her own. More conflict. More depth. All because of the gender flip.

She still shared some elements of the classic The Hero's Journey, all while handling the forward-thinking aspects of The Heroine's Journey.

Whatever your situation may be, just know that we are at the dawn of an exciting time where a new array of characters and concepts centered around female characters is coming to light. Audiences have shown up for such films in droves. And when the audience comes, the powers that be in Hollywood and beyond take notice.