How To Craft Great Action Sequences

There is nothing more inherently cinematic than a well-crafted action sequence, because it engages all elements of the art form: visual storytelling, sound, and editing tempo. Shootouts, boxing matches, street showdowns, car chases…these set-pieces have fundamentally shaped the cinematic experience.

The great ones we remember. Popeye Doyle tearing ass after Frog One through the streets of New York in The French Connection. Steve McQueen hopping barbed wire fences on his motorcycle while fleeing German forces in The Great Escape. John McClane running barefoot over broken glass in Die Hard. Cary Grant fleeing an evil crop duster in North by Northwest. Rocky going the distance with Apollo Creed in Rocky. We remember these moments not only for their visual impact but because they took us on an emotional ride. They made us be afraid for and root for the characters to succeed.

Great action sequences tell a story. They crystallize the characters’ essences. They show them in a new light. They teach us something new about them. They put us in their shoes. That’s the key to creating an action sequence to remember. The most important thing to remember is that first and foremost, just as is the case with your script at large, you are telling a character-driven story. No two characters are entirely alike, thus no two action sequences should ever be alike.

Let your characters dictate the action…not only what happens but how it happens. Here are some examples, sans formatting. We'll just focus on the words and what they engender.

Check out this early moment from Lawrence Kasdan’s inimitable Raiders of the Lost Ark. This is where we see Indy in action for the first time. It’s in this scene that his legend, his myth, begins to grow.

Indy fixes them with an expectant stare. Satipo produces
a similar, but folded, piece of parchment. He lays it--
the other half of the floorplan--next to Indy's. They
all regard it for a moment, then Indy stands and walks
toward the Temple. Barranca's eyes are shining as they
dart between the floorplan and Satipo.

INDY
(back turned)
Assuming that pillar there marks
the corner and...

Barranca is suddenly on his feet, quietly drawing his pis-
tol. He raises it toward Indy as Satipo realizes with
alarm what he's doing. Too late. Indy's head turns and
he sees Barranca.

Indy's next move is amazing, graceful and fast, yet
totally unhurried. His right hand slides up under the back
of his leather jacket and emerges grasping the handle of
a neatly curled bullwhip. With the same fluid move that
brings Indy's body around to face the Peruvian, the whip
uncoils to its full ten foot length and flashes out.

The fall of the whip (the unplaited strip at the end of
the lash) wraps itself around Barranca's hand and pistol.
He could not drop the gun now if he tried.

Indy gives the whip a short pull and Barranca's arm in
jerked down, where it involuntarily discharges the gun
into the dirt. Barranca is amazed, but feels some slack
in the whip and immediately raises the gun toward Indy
again, cocking it with his free hand.

Indy sweeps his arm in a wide arc. Barranca spins around,
enclosed in the whip, his gun hand stuck tight against
his body. Indy gives one more short jerk on the whip
handle and Barranca's gun fires. Barranca falls dead.

Indy looks quickly at Satipo, who is shocked and fright-
ened. He raises his arms in supplication.

SATIPO
I knew nothing! He was crazy!
Please!

Indy looks him over, then nods. He frees the whip from
Barranca's body and picks up the man. His eyes sweep
the surrounding woods.

What do we learn about Indiana Jones from that action scene? We learn that Indy is all business when it comes to his work. We learn that he is "amazing, graceful and fast, yet totally unhurried," in his movements. He's slick and take-charge in his movements, but he also has an emotional response: his face goes "hard" and "sad" when he realizes that he will have to kill Barranca. He is disappointed. But after the deed is done, he's back to business as usual. It's this mix of telling, signature visual details and emotional expression that creates a strong impression of who Indiana Jones is as a character in the mind of the audience.

Thugs VINNIE, RAY and WILLARD are trying to force NAYOKO
SHIORI, 20s, Japanese, into the back of an SUV. Her clothes
are torn and dirty, her face smudged with exhaustion.

VINNIE
Get the fuck out of here.

JACK
Sure, I’ll go call AAA.
(pause, forcefully now)
Me and the girl.

Vinnie takes a step toward Jack.

VINNIE
You ain’t callin’ no one.

Vinnie reaches into his pocket and pulls out a switchblade.
Jack thrusts his hand into the grocery bag and points it.

JACK
Don’t make me take this out!

RAY
Relax. He ain’t got no gun in
there.

Jack laughs and pulls out the jar.

JACK
This is better than a gun. And
cheaper.

WILLARD
What the hell?

Vinnie squints at the jar, still pointing the knife at Jack.

JACK
Crazy? This stuff is good for you.

Jack puts the jar back in the bag, feigning defeat. Vinnie
turns to his friends and starts laughing incredulously,
giving Jack the window he needs.

He raises his left arm like a gauntlet, steps in toward
Vinnie and sweeps away Vinnie’s knife hand to the side. At
the same time, with his other hand, Jack uses the bag as a
whip and brings the jar down on Vinnie’s head.

Vinnie goes down. The jar hits the ground and shatters,
pieces of glass spilling out of the bag.

Ray and Willard release Nayoko and move toward Jack. Nayoko
grabs for Willard’s gun from the back of his waistband but he
knocks it out of her hand and throws her to the ground. Jack
races toward them.

Willard moves behind Jack while Ray takes a swing at him.
Jack moves back to avoid the blow and Willard grabs him from
behind, pinning his arms.

Ray is about to take another swing at Jack when Nayoko
charges over and kicks him in the back. He flays but doesn’t
go down, turns around and grabs her, also turning away from
Jack in the process.

Jack, his arms still pinned by Willard, launches both legs
into the air, wraps them around Ray’s neck and squeezes
firmly. Jack is now suspended horizontally in the air.

Ray releases Nayoko and pushes her down hard. He tries to pry
Jack’s strangling legs off him. Willard lets go of Jack and
Jack swings like a pendulum, head first toward the ground.

Jack doesn’t fall because Ray is holding onto his legs so
hard trying to pry them off. Now Jack hangs vertically down
Ray’s back.

Willard vaults forward and launches a hook at Jack’s head. In
the nick of time, Jack does a sit-up and the blow hits Ray in
the back. Ray flails forward to his knees, and Jack rolls
smoothly off him to his feet.

Willard now charges at Jack, but Jack dives into his legs and
trips him with his body. As Jack gets to his feet, Ray crawls
over, grabs Jack’s legs and brings him down. He then climbs
on top of him, pinning him to the ground with his bulk.

Nayoko gets up and tries to pry Ray off Jack, but as she
does, Willard gets up again and grabs her by her hair. He
starts bringing her forcibly back toward the car. He pushes
her toward the trunk, and she uses the momentum to fall all
the way down to the ground.

She grabs the lid of the applesauce jar, with the top portion
of the shattered glass still attached. She reaches up and
jams it into Willard’s face. He screams, blinded as blood
rushes into his eyes.

Jack flips Ray off him, slams his elbow into Ray’s solar
plexus, then slams his head onto the ground. Ray and Willard
are down for the count. Vinnie is regaining consciousness.
Jack walks to him and glances at Vinnie’s switchblade that is
near him on the ground.

Jack reaches into his pants--yes, his pants--and brings out
an Army survival knife.

JACK (CONT'D)
What do you think of this one?

Jack bends down and holds the knife near his face. Vinnie’s
eyes go wide while Jack’s eyes burn. For a second, it looks
like Jack is going to finish the guy off. Nayoko bursts into
a sprint. Jack looks at her.

Jack looks back down at Vinnie and picks up the switchblade.

VINNIE
Wait man! In my pocket! Take it!

Jack reaches into Vinnie’s pocket and pulls out a money clip
and several bills. Jack puts the clip in his own pocket.

Both examples attempt to present visually exciting action beats with a pace that emulates the intended on-screen rhythm, and both examples strive to set a tone for the film and reveal the attitude of the protagonist. The latter is arguably far too dense and elaborate, especially when contrasted with Kasdan's tremendous narrative economy. This brings up another important consideration in regards to crafting action sequences...how much is enough and how much is too much?

There are no easy answers there. I've read action scripts where the entire climax was boiled down to the simple directive "They fight," and I've read scripts where the action climax was thirty pages long. Sylvester Stallone wrote out every single punch for the Rocky fights. A general rule of thumb is provide only the details that you feel are key to telling the story visually and emotionally and take out the rest.

Stay true to your intentions and your style in every scene you write and in every sequence you craft, and remember, it's all about story. Proof That Indiana Jones DOES Have a Character Arc 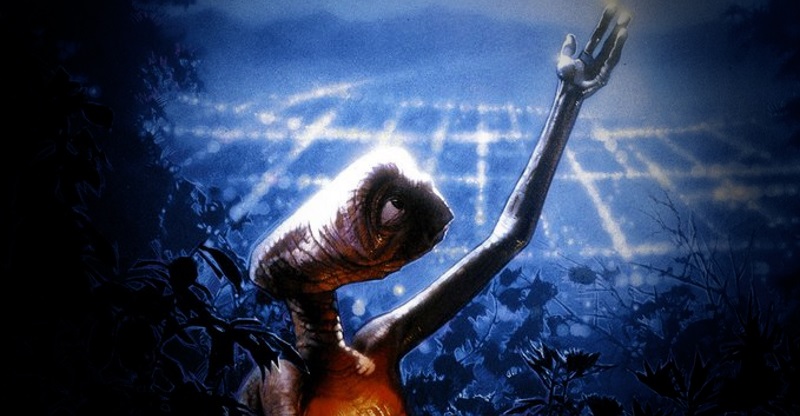 3 Spielbergian Ways Screenwriters Can Introduce Their Characters
X
Screenwriting Newsletter
Join our community of over 100,000 screenwriters and get weekly inspiration delivered to your inbox: