We're thrilled to announce: Dead Places by Irene Turner has been selected as the Grand Prize Winner of the 2015 Short Story Contest. Turner will receive the grand prize of $1,000 cash, a phone consultation with Academy Award-winning screenwriter Diana Ossana, and a phone call with a top Hollywood literary manager.

Land of Origin, by Timothy Tau, has been named the runner-up and will receive $300, as well as a phone consultation with a top literary manager.

Both Turner and Tau will have their stories published for a limited time on our website and submitted to our network of literary magazines, agents, managers, publishers and studio executives, as will the following finalists:

We thank the semi-finalists, quarter-finalists, and all who entered this new contest, which proved to celebrate cinematic storytelling at its best.

The finalists, runner-up, and winner were selected by an amazing group of judges:

You can read nine of these cinematic short stories below! Congratulate the finalists, runner-up, and winner on Facebook! 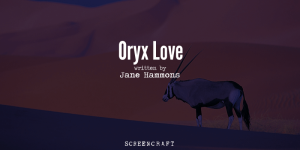