We are excited to announce the winners of the 2020 ScreenCraft Virtual Pitch Competition.

Ten Virtual pitch finalists were selected from nearly 1200 entries to pitch their projects virtually to an esteemed panel of jury at the ScreenCraft Virtual Pitch Grand Finale Event. The jury offered their feedback for each pitch and selected the top three pitches.

Bako, is a pitch for a TV series about an adopted Japanese American teenager who must grapple with her heritage and save the world when she accidentally unleashes some of the most dangerous creatures from Japanese mythology onto her small, Southern town.

Blackout, is a pitch for a TV series about a faded rock star and musical prodigy, who is a shadow of her former self. Self-sabotaging and reckless, addiction threatens to swallow her whole, as she lives each day to forget the last. But when a rising star comes knocking at her door, she is given an opportunity to reclaim her future and take down the ruthless figures who stole more from her than her career.

Go to The Body, is a feature pitch about a rising racial justice organizer, who is sexually assaulted by a fellow activist. She tries to push past her trauma and return to her normal life. The only thing standing in the way is her fiancé, Kendrick, an overprotective boxer who has his own idea of justice.

View the Semifinalists, and Finalists here.  The Grand Prize Winner will receive a cash prize and circulation of their materials to top literary managers and agents. 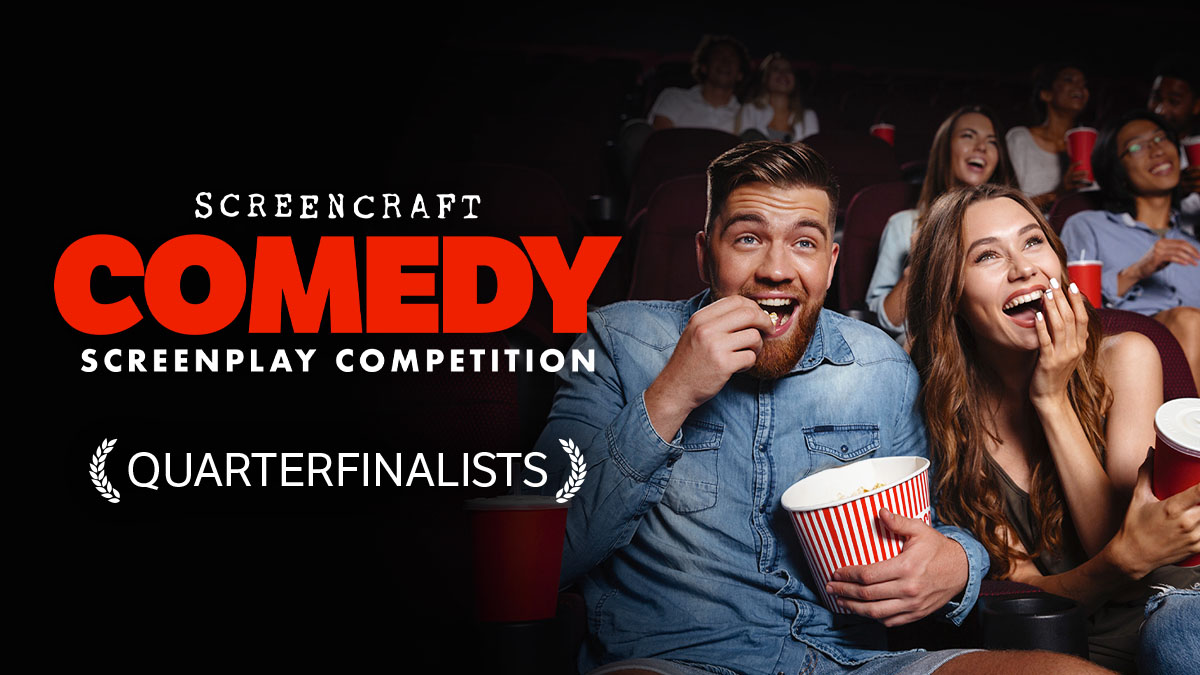 2022 ScreenCraft Comedy Competition Quarterfinalists
X
Screenwriting Newsletter
Join our community of over 100,000 screenwriters and get weekly inspiration delivered to your inbox: