For someone who won an Academy Award for writing a puzzle box of a film, Christopher McQuarrie does not like to plan. But that doesn’t mean he throws everything at the wall to see what sticks.

“I need boundaries, so when you give me a blank page, I’m stuck,” McQuarrie told a live audience on the podcast The Q&A with Jeff Goldsmith recently.

McQuarrie won a Best Original Screenplay Oscar for 1995’s The Usual Suspects and has made a name for himself as a writer/director. His latest project, Mission: Impossible – Fallout, jumped to the top of the box office after its July 27 opening and has a 97 percent “Fresh” rating on RottenTomatoes.com. Critics call it “fast, sleek, and fun,” noting it sets a high mark “for insane set pieces in a franchise full of them.”

The film also is the seventh time McQuarrie and Cruise have worked together. The two met when Cruise starred in 2008’s Valkyrie, which McQuarrie co-wrote with Nathan Alexander. They then teamed up on 2012’s Jack Reacher (which McQuarrie directed from his own script, adapting Lee Child’s novel One Shot) and have collaborated in some capacity on 2014’s Edge of Tomorrow, 2011’s Mission: Impossible – Ghost Protocol, Mission: Impossible – Rogue Nation, and 2017’s The Mummy.

Although he gave the studio an outline of the plot for Mission: Impossible – Fallout, McQuarrie said he wrote the script as the movie unfolded, taking the locations as inspiration. “I understood the tropes of the genre well enough,” McQuarrie said. “I kind of understood what the big strokes were. I just didn’t understand what the plot mechanics might be.”

That process might not work for everyone—but it’s also not as freewheeling as it sounds. Read on for more tips from Goldsmith’s podcast, which was sponsored by ScreenCraft.

Listen to the interview in its entirety here:

Fun fact: Bad Robot helped produce Mission: Impossible – Fallout AND one of their Creative Executives is on the Jury for our Action & Thriller Screenplay Contest. Have a screenplay that will have audiences on the edge of their seat? Enter here.

The Mission: Impossible franchise in a lot of ways “has a mind of its own,” McQuarrie said. “The story goes where it wants to go, and you go with it.”

The building process starts with ideas for characters as well as phenomenal stunts—many of which Cruise likes to perform himself—plus what looks good on screen. As director, McQuarrie gave the location scout the film’s broad outline and this instruction: “Find me things that look photographically cool.”

Then as a writer, he’d work backward from those places. “The movie comes together from the edges inward,” McQuarrie said. “The location dictates action.”

Consider a helicopter chase in the film. McQuarrie knew that New Zealand would allow the production to film such a set piece in its air space—but New Zealand isn’t known as a political hotbed. Yet it could stand in for Kashmir, the site of a territorial conflict between India and Pakistan. Then he’d puzzle over why certain characters would be in that location.

“All of these questions begin to create these immovable objects that I have to navigate around, and the more obstacles that are created, the more creative I am forced to be,” McQuarrie said. “It just forms over time.”

2. Serve the characters and the conflict.

Since this film franchise began in 1996, Ethan Hunt has been the type of spy who doesn’t rack up a body count. He has a strong moral center. But McQuarrie thought that “this thing that makes Ethan a hero is also a flaw to be exploited. … I wanted to see a mission that wasn’t clean, and that didn’t end well, and could we do that?” He proposed this to Cruise, who like the idea of pushing the character in a new direction.

3. Give everyone his or her due.

Without venturing into spoilers, Mission: Impossible – Fallout has a cutting-the-wires-on-a-bomb moment we’ve seen in lots of thrillers that’s quite complicated to perform. McQuarrie said he was thinking both of keeping audiences enthralled and showcasing the ensemble cast. “What’s a scenario that gives everybody something to do at the end of the movie?” he said. “The tent collapses if everybody’s not functioning.”

Because the film highlights more character interaction, McQuarrie said he was most proud of “making a more emotional film” than a typical action adventure. “What I’m especially proud of is that the women in the movie all own the scenes that they’re in, and they all throw Ethan off balance. They all throw him off his game. They’re not there in service of Ethan or to be saved by Ethan. They’re actually there, in one way or another, to sort of knock him out of his orbit.”

Mission: Impossible – Fallout had a rockier shoot than some other Cruise-McQuarrie projects, in part because Cruise shattered his ankle during a rooftop chase, forcing a production shutdown for weeks. (This moment makes it into the film. “Tom’s very, very proud of that,” McQuarrie said.)

The writer/director still had to work on the script, and sometimes he’d wish that he could take a break from a story problem. “I don’t want a fatal injury. I just want a real severe flu, something that would take me out,” he said. But Cruise would nudge him onward. “Tom and I would say all the time, ‘You gotta confront it. You just gotta confront it.’”

5. Learn from those around you.

McQuarrie enjoys the collaboration of filmmaking. As he and Cruise have worked together, he’s noticed how Cruise lets go of certain things for the sake of the story. “The thing I really admire about him is, there are things Tom really, really, really wants in the movie until he just doesn’t want them in the movie,” he said. “He surrenders those things immediately when you express to him, ‘This is why it doesn’t work, and this is what I think is better.’ There’s no pride of authorship. He doesn’t cling to anything. He’ll fight for stuff—he’ll fight for it to the very end—but he’ll never take it too far.”

McQuarrie said he wishes he could do that more often. “I’m still embarrassed that there was that one thing in the second act that I hung on to for too long. It made me suffer unnecessarily. I’d let it all go,” he said.

Even though the film is well-received, McQuarrie kicks himself a bit over one character having “some of the worst exposition in the history of cinema.” That’s a balance in this genre, where you don’t want to confuse your audience but run the risk of explaining too much.

“We are constantly overwriting, over-explaining, and overshooting, and then dialing it back,” he said. “The audience wants the information until they get it, and in the scenes where they’ve gotta it, information is the death of emotion. You start to get bored.”

Valerie Kalfrin is an award-winning crime journalist who now dives into fictional mayhem as an author (Quicklet on The Closer: Season 1), essayist, film critic, screenwriter, and emerging script consultant. She also writes for The Guardian, Bright Wall Dark Room, ScreenCraft, Hazlitt, Signature, and the blog for Final Draft, the top-rated screenwriting software used by the filmmaking industry. A member of Screenwriters of Tomorrow, she’s collaborated on short films and features, and she’s affiliated with the Tampa Bay Film Society. She lives in Florida. Find her online at valeriekalfrin.com. 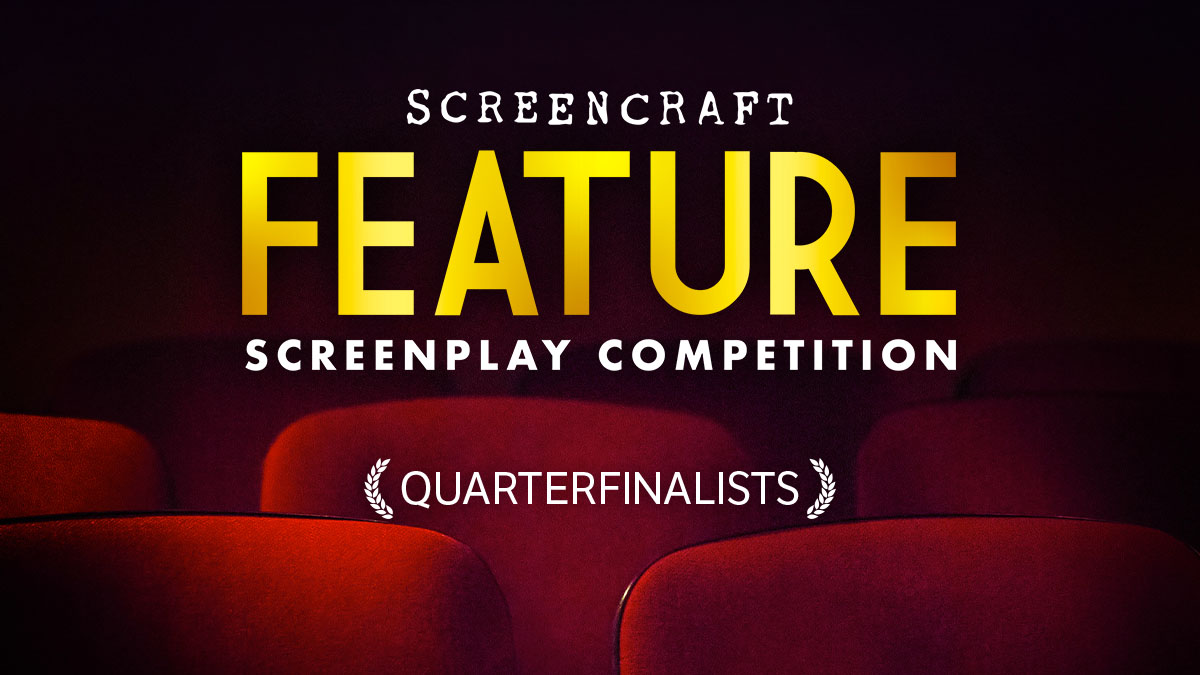