4 Ways Characters Can "Meet-Cute" in Your Romantic Stories 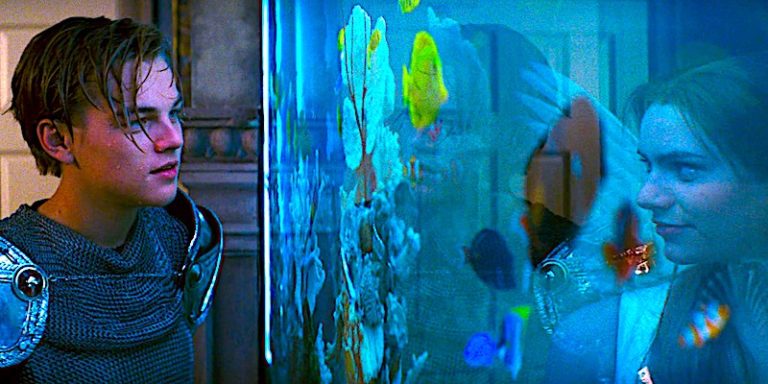 What does "meet-cute" mean and how can screenwriters have their characters "meet cute" in their romantic stories?

If you've watched a romantic comedy within any given decade of cinema, you've likely been witness to many forms of meet-cute.

It's where two characters that will eventually form a romantic bond first meet in funny, amusing, awkward, or unusual circumstances. In short, they meet in a cute and memorable way.

The meet-cute is a tool that allows the audience to instantly fall in love with the idea of them being a couple. We love to romanticize and live vicariously through such relationships. So when we see two characters meet for the first time in a memorable and cute way, we're instantly engaged by the notion of them falling in love.

Sometimes we instantly know that they are meant for each other. Other times, we see two opposites and wonder how they could possibly become a couple.

We're inspired by StudioBinder’s Writing a Meet Cute as we pull the best points from their video and offer some of our own elaborations. Visit StudioBinder here.

Here are the four ways that your character can meet-cute in your romantic cinematic tales.

The Pull/Pull type of meet-cute is when two characters are instantly drawn towards each other — otherwise known as love at first sight.

Many can relate to this type of romantic meeting. And those that don't often long for finding that soul mate.

Because the best types of cinematic stories offer empathetic and cathartic experiences for the audience, the Pull/Pull meet-cute is both easy and hard to deliver. Some people are just romantics at heart and will fully buy into the notion of love at first sight. Others may have a more realistic outlook on love and believe that this type of experience doesn't happen anywhere but in movies.

Where the Pull/Pull meet-cute falters most is the lack of conflict. There's not much conflict with two characters showing instant love and attraction to one another. But the secret to overcoming this problem is to inject this instant attraction with barriers that stand between them and their instant love.

In Romeo + Juliet, the two lovebirds are from warring families, thus their love is forbidden by all around them.

And when they realize the conflict-at-hand, they're now forced to fight against or for their love throughout the story.

West Side Story offers a contemporary version of that Shakespearean theme as well.

If you're going to write that love at first sight Pull/Pull meet-cute, make sure that there is some major conflict or barrier that initially keeps them from pursuing that love.

If the Pull/Pull plays with our romantic fantasies, the Push/Push engages us by answering the question of how these opposites are going to attract.

There's immediate conflict between two characters because they are so antagonistic towards one another, thus you don't have to inject as much outside conflict into their relationship — it's already there.

In La La Land, Mia and Sebastian start off their relationship in a negative fashion. There's no instant attraction. Instead, they are at odds with each other from the get-go. They first meet on the 405 freeway in Los Angeles during a moment of road rage. Mia flips him off and Sebastian honks his horn at her.

Later on that night, Mia is enamored with music that Sebastian is playing at a restaurant. When she's drawn towards him and ready to tell him how amazing his music is, he storms past her after being fired for playing that very music.

When they meet up again, it's an official meet-cute with conflict-riddled moments and dialogue.

They are far, far from love. And that is how the Push/Push meet-cute plays out. They are pushing against each other rather than towards one another.

Since the conflict between the characters is already there, what you need to do now is go deeper into each of their stories and characterization to find what is going to entice them to fall in love. With Mia and Sebastian, we learn that they are both struggling to make their dreams come true. They are both artists and strive for the same type of career recognition, paired with the want and need to showcase their talents in pure form without the watered-down variations that Hollywood — La La Land — usually pushes upon actors and musicians.

But sometimes we have the meet-cute where one is more interested than the other — the Push/Pull. This is where the awkward meet-cute moment is prevalent. One character is trying their best to impress while the other has little to no interest initially.

In Scott Pilgrim vs. the World, Scott pursues Ramona throughout the course of the story. Story-wise, it offers an instant challenge to overcome for the protagonist. And it also can reveal their inner struggles throughout their emotional journey to prove themselves as worthy to the other.

Scott's initial meet-cute with Ramona is excruciatingly awkward, which offers the audience a moment of true hilarity and forces us to empathize with Scott's predicament.

Once again, we're left wondering how these two can possibly connect — in this case, given the fact that one is interested and the other is clearly not.

The great thing about this type of meet-cute is that multiple types of characters can be thrown into this situation. All that it entails is an interested one that pursues an uninterested other.

The Neutral/Nervous type of meet-cute isn't as utilized as often as the above three, but it offers a perfect mixture of hilarity and sweetness.

One character is utterly nervous during the first meet-up, while the other is rather neutral to the situation at hand.

In Eternal Sunshine of the Spotless Mind, Joel and Clementine are perfect examples of Neutral vs. Nervous. Joel is the nervous one. He's quite the introvert at first sight, whereas Clementine is neutral to the moment, while at the same time being somewhat of an extrovert.

When you have one character that is completely comfortable in the situation across from another that is clearly nervous within it, there's instant conflict. And that conflict doesn't always have to be negative. In the case of the above scene, it's playful. Because she's an extrovert, she's neutral to the conflict. She doesn't see the big deal with their interaction. Joel, however, is uncomfortable throughout because he doesn't know how to react to her instant openness.

Read ScreenCraft's 5 Ways to Bring Back the Romantic Comedy!

Meet-cutes aren't just insignificant moments meant for laughs or romance. They are the launching pads of your romantic stories. They dictate story arcs, character arcs, and characterizations between the two leads.

So choose your meet-cutes wisely.