If you're not watching Michaela Coel's TV series... you definitely should be.

I could probably find 144 reasons why anyone, especially any writer, should watch I May Destroy You, the 2020 BBC/HBO co-production of Michaela Coel's extraordinary TV series about a young black British woman’s experience of being sexually assaulted.

However, in the interest of brevity, I will limit myself to 12, one for each episode of this remarkable program.

First, here is the trailer for the first season to get you acquainted:

To Fully Understand Its Unforgettable Title

Like many viewers of I May Destroy You, I was first attracted to it by its title, with its unique combination of politeness and threat. The only title of a recent film or TV program that comes close to matching that combination is A Most Violent Year, the 2014 US crime film set in New York in 1981, statistically the city’s worst year ever for homicides.

However, I May Destroy You is both more personal and universal. The words themselves may never be used by any of the characters, but they still stand as an omnipresent warning: that any one individual has the capacity to wreak havoc on another.

Its Formal Innovation: Inventing The “Sit-Dram”

Unlike almost all TV drama series, I May Destroy You consists of 12 30-minute episodes, rather than the more common six one-hour episodes.

Effectively, that makes it the first “sit-dram”, or situation drama, whereby a drama series adopts the usual format of a comedy, particularly a “sitcom” or situation comedy, to tell a harrowing but utterly compelling story in relatively bite-sized chunks that are perfect for binge-watching.

An Almost Shakespearean Use Of Italy

Most of the series is set in London, but it opens and continually returns (especially in its first half) to Italy, specifically Ostia, ancient Rome’s port city that today is a beach resort.

Coel is Shakespearean in her use of Italy, seeing it not just as an exotic location but as a place of escape.

Just as Shakespeare sets so many plays in Italy, so too Coel depicts the country initially as a contemporary Eden, where Arabella (played by Coel) first goes to write (but in reality to party with her best friend, Terry) and then meets Biagio, a drug dealer who appears to subvert all the stereotypes about drug dealers until he, too, starts threatening Arabella.

Consequently, like Shakespeare, Coel shows that the sunniest places are also the most shadowy.

The Moment of Realization

As in all the best dramas, there are many moments of realization, as characters – principally Arabella, Terry, and Kwame – discover the truth not only about other people (including those they once trusted) but themselves.

However, the single most important moment of realization is when Arabella finally realizes that she has been sexually assaulted. When she literally pulls her top over her head, like a tortoise retreating into his shell, it is profoundly moving, summing up all the shame, guilt, and trauma that she is experiencing.

Coel's lines for her characters are unfailingly realistic, funny, and unique to each character.

A particular favorite is the line that Terry keeps repeating drunkenly while partying with Arabella about not wanting to talk to basketballers, like Biagio, because she wants someone “my height”.

In effect, “My height” becomes her mantra as she, like all the characters, searches for a relationship of genuine equality, including in physical dimensions.

The plotting of I May Destroy You is also radical. In the beginning, we only see things from Arabella’s point of view and thus, like her, we do not immediately realize what had happened on her disastrous night out. It is only over time, as she pieces things together, that we, too, understand what had happened.

In addition, there are numerous apparent diversions, such as an episode set entirely during the main characters’ childhood, that eventually work their way back to the central story of a sexual attack and someone somehow trying to survive it.

The characters in I May Destroy You are as complex as all human beings are in real life.

Again like Shakespeare, Coel is unceasingly pitiless but just about her creations, including Arabella herself, showing how they can unwittingly contribute to their own downfall.

And the subplot involving another sexual predator who Arabella meets after her initial attack is extraordinary, demonstrating extreme sensitivity and even compassion towards a character who at first appears unremittingly dreadful.

An Ultra-Realistic Depiction Of Contemporary Drug Use

On British TV, in particular, there are antecedents, especially This Life, the mid-1990s drama by Amy Jenkins about a group of 20-something lawyers sharing a house. However, whereas This Life’s characters were almost exclusively white and relatively privileged, the characters in I May Destroy You are almost exclusively black and from much tougher backgrounds.

And the show’s depiction of drug use is similarly realistic and judgment-free, with the dope and ecstasy common in the mid-1990s being replaced by the cocaine and “dating drugs” that appear increasingly ubiquitous in the early 21st century. 'I May Destroy You'

Genius Use Of Flashbacks (And Other Flashing Imagery)

Flashback is a uniquely televisual or cinematic tool, but Coel uses it particularly skillfully. In addition to the numerous brief flashbacks of Arabella's original attack, there are also flashes of other imagery, such as the moment when an angry Biagio confronts Arabella and appears, just for a split second, to be carrying a gun. Whether he is or not, Arabella and the viewer suspect he is, and it is a genuinely terrifying moment, made all the more so by its extreme brevity.

The “revenge tragedy”, particularly the rape-revenge tragedy, has probably never been so popular since Elizabethan times as it is now because there are numerous examples of films or TV series showing women plotting revenge on their attackers.

However, I May Destroy You differs from almost all of them in widening its focus from an individual attack and attacker to a morally corrupt and over-sexualized Western civilization, within which virtually all women are threatened, if not directly assaulted.

A Vindication Of Coel's Vision

Many people may not have seen I May Destroy You but will have heard the story of its creation. Essentially, Coel turned down a chance to make the series for Netflix because, even though she was the writer-director-lead actress, they would not offer her a percentage of any profits.

Instead, she held out for the BBC/HBO co-production, so that she could not only fully realize her vision but, unlike so many other writers and directors, actually profit from it herself.

Personally, I thought the final episode of I May Destroy You is perhaps not quite as flawless as the 11 episodes that precede it (that is a reminder that the ending of a series is probably the hardest thing to perfect). However, many viewers and critics have called it one of the greatest TV finales of all time.

Adding the #IMayDestroyYou finale to the list of all-time great TV finales. An audacious and fearlessly scripted ending. Beyond healing.

Excited to follow @MichaelaCoel for the rest of her career. Damn brilliant. pic.twitter.com/KQSqM9EGDj

As I said at the start, there are far more than 12 reasons to watch this show, so please discover the rest yourself. Martin Keady is an award-winning scriptwriter whose work has been produced for film, television, stage and radio. His major credits include: The Final, a short film about the famous ending of the 1979 FA Cup Final, which was shown on Channel Four; Moon the Loon, a play about the legendary Who drummer, Keith Moon, which was premiered at The Edinburgh Festival; and a collection of love poetry, Shards, extracts from which have been broadcast on Radio Four.” Visit Martin's website, The Shakespeare Plays, here. 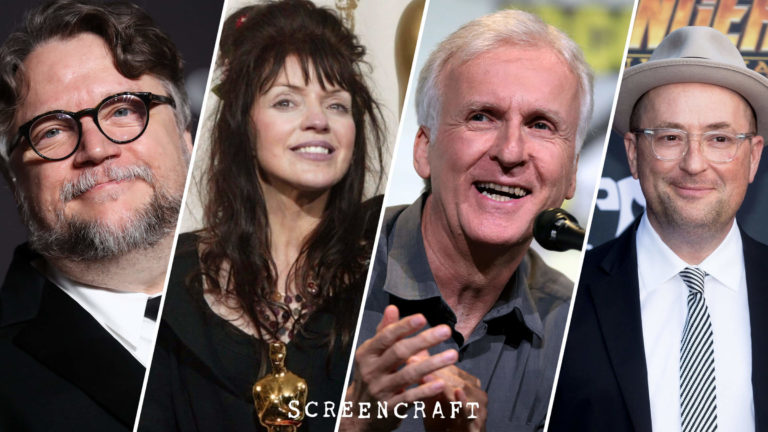 Subtext Series: Lindz Amer
X
Screenwriting Newsletter
Join our community of over 100,000 screenwriters and get weekly inspiration delivered to your inbox: