What are the biggest mistakes screenwriters should avoid when submitting their scripts to screenwriting contests?

While the screenwriting boom of the 1990s gave birth to the secondary industry of screenwriting contests, competitions, and fellowships, in these contemporary times, many of these events have allowed screenwriters to make connections, build a network, and make a little bit of there own luck.

With that in mind, we offer ten mistakes that screenwriters should avoid when submitting their screenplays. Hopefully, these ten points can help you maneuver through your screenwriting journey and turn future high contest placements and wins into potential screenwriting careers and dreams come true.

Before you submit your script to a contest, be sure to read through all of the rules, regulations, and eligibility requirements. The last thing that you want the contest administrators and readers to see with your submission is a red flag.

If you and your script don't meet the specific requirements, it's an instant rejection. So make sure that your page counts, genre, and title page content are in line with the contest rules, regulations, and eligibility requirements.

The adage that rules are meant to be broken, and the adapted philosophy of you can bend the rules do not apply to screenwriting contests, competitions, and fellowships.

The rules, regulations, and eligibility requirements exist for a reason — primarily to ensure that a smooth and fair review process.

Too many novice screenwriters think that the contests should make an exception for them. They'll submit their scripts to competitions despite the fact that they are over or under the listed page count requirements. They'll ask a fellowship to make an exception, even though the thousands of other applicants had to follow the very same directives.

Just follow the rules. Leave the breaking and the bending for later in your screenwriting career.

Yes, screenwriting contests offer excellent platforms to test the waters for your screenplays. However, it doesn't do you any good to submit incomplete work. And, yes, first drafts are unfinished works.

You want always to put your best foot forward. Remember that industry readers and industry insiders are reading and judging your screenplays.

Take the extra time to craft the best possible draft that you can before you submit to a contest.

4. Don't Use Contests to Write the Script for You

Feedback is excellent, and any competition that offers reader feedback is well worth the extra cost. But you shouldn't be using contests to write the script for you.

Don't hand in a first draft so that you can get feedback to write your second draft. In the end, the feedback you get is just an opinion. Putting too much weight on those opinions, to the point where you are using contest feedback to help you write a better script is counterproductive. You're not growing as a writer. Instead, you're looking for shortcuts.

If you miss the proper spelling of a word here and there, no problem. Even the pros make those mistakes in their drafts. But there's nothing worse for a reader than reading a script that seemingly proves that the writer didn't care enough about the material to do a few quality assurance readthroughs.

Multiple spelling errors are annoying. And that's the last impression you want to leave with the reader — annoyance.

Before you submit your script, take an extra few days to read it line-by-line a few times.

Forget about experiencing the story or characters. That's not what these readthroughs are for.

You can even give the script to trusted family members, friends, or peers to help you with this. It's always nice to have fresh eyes on the material. But be sure to let them know that you’re not looking for feedback on the story or characters — you’re simply looking for typos, grammar errors, and spelling mistakes.

Pay particular attention to homophone and homonym errors. Your and You’re. New and Knew. To and Too. There, Their, and They’re. Its and It’s. Then and Than. Effect and Affect. Cache and Cachet. Break and Brake. Principle and Principal. Breath and Breathe. Rain, reign, and rein. By, buy, and bye. Always be sure to know the differences.

Tip: The best thing you can do for that polish rewrite is to CTRL + F (search) those above words and make sure that when present, they have the proper usage.

If you're looking for some kudos, fine. There's nothing wrong with that. But if you're looking to advance your screenwriting career, local and small film festival contests aren't going to do you any good.

Stating that your script is an award-winning screenplay or that you are an award-winning screenwriter doesn't really hold much weight, unless you're a winner of one of the big screenwriting contests, competitions, or fellowships — Nicholl Fellowship, Launch Pad, Big Break, Screencraft Fellowship or Genre Contests, Austin Film Festival, Sundance Screenwriters Lab, etc.

You want to use screenwriting contests, competitions, or fellowships as career advancers — as ways to break through those Hollywood walls and get industry insider eyes on your work.

This is more of an insider tip. Slow burn screenplays refer to scripts that take their time in introducing their characters, establishing their backgrounds, and getting to the core concept and proof of genre.

While we see plenty of excellent indie films that thrive as slow burn stories, when it comes to screenwriting contests, you need to engage the reader as quickly as possible.

Readers are tasked with reading dozens — sometimes a hundred or more — of screenplays throughout the duration of a contest run. There's no escaping the hard and unfair truth that if you don't capture their attention within the first ten pages or so, you've lost them.

If they don't know what the genre is, who the main protagonist is, and what the central concept or conflict is within the opening pages of your screenplay, they're disengaged instead of engaged.

But don't worry. If you have character-driven drama, you can still tweak your opening pages to offer something that can pull them in. Be creative and find ways to introduce those elements early, introduce characters quickly, and showcase the core concept or conflict effectively within the first 5-10 pages.

Believe it or not, this happens quite often.

Some screenwriters believe that leaving the reader wanting more is about building a climax that leads to a cliffhanger with unresolved story and character arcs.

It's perfectly fine — and sometimes advisable — to present a script with franchise potential. However, you don't want to write the script with the presumption that it is part of a current franchise that will surely have a followup.

9. Don't Write Adaptations to Intellectual Property You Don't Own

Even if you write the heck out of the script and present an outstanding adaptation, you're likely breaking the rules of 99.9% of the screenwriting contests, competitions, and fellowships out there.

And, at the very least, you're ruining your one shot of presenting quality writing by adapting material without permission of the original author or rights holder. There's nothing the industry insiders can do with that script. The publishing company likely has the cinematic rights. And if not, anyone interested in your script has to go through the motions of buying the rights to the IP.

10. Don't Put All of Your Eggs in One Basket/Contest/Competition/Fellowship

When you submit your script, don't count down the days to the projected announcement date. Don't metaphorically "sit by the phone" waiting for the results. Heck, don't even think about the results at all.

Just go on with your life. Allow yourself to forget that you even entered it.

Instead, submit your script to multiple screenwriting contests, competitions, and fellowships. And then forget them as well.

After that, start work on your next script. Keep writing. The fates will decide the rest.

Read ScreenCraft's How to Turn a Screenwriting Competition Win Into a Career! 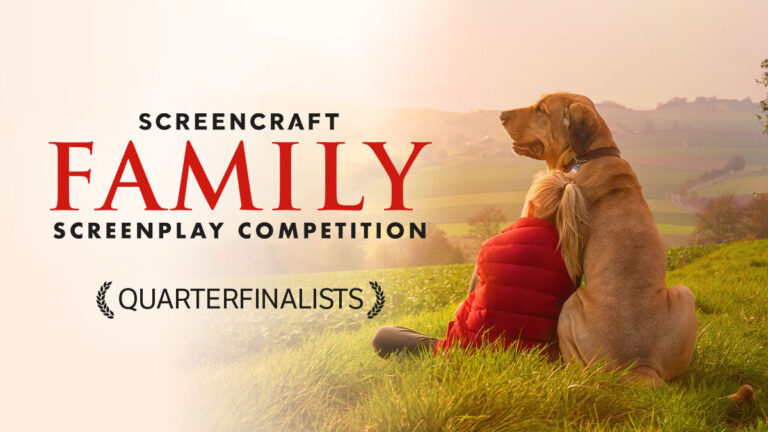 2023 ScreenCraft Horror Competition Semifinalists
X
Screenwriting Newsletter
Join our community of over 100,000 screenwriters and get weekly inspiration delivered to your inbox: