Denis Villeneuve’s finished film and Eric Heisserer’s screenplay are fascinating to study on their own but to see how Arrival really became such a thought-provoking, captivating movie, you have to start with the source material.

The Academy Award-winning movie was based on a short story by sci-fi writer Ted Chiang called “Story of Your Life.”

Short stories are ideal for movie adaptations — they’re succinct, inventive, and often pack a thematic punch. Let’s dive into Ted Chiang’s short story and see how it compares with the finished film.

Spoilers ahead — don’t say I didn’t warn you.

The basic premise of the story remained unchanged in the adaptation from short story to feature film — while telling the story of her daughter’s life, a linguist recounts her experience deciphering and learning an alien language.

The central character is Dr. Louise Banks (played by Amy Adams in the movie), a brilliant linguist who is tasked with finding a way to communicate with the alien life forms that have arrived on Earth.

In the short story, she is joined by Colonel Weber and a physicist named Gary. The former’s name remains the same in Villeneuve’s film (played by Forest Whitaker), while the latter’s is changed to Ian Donnelly (played by Jeremy Renner).

The movie adds several supporting characters who do not appear in the short story — General Shang, Agent Halpern, and Captain Marks — and gives a name to Louise’s daughter, who appears but is unnamed in the short story.

Additionally, while much about the two main alien heptapods is the same, their nomenclature is varied — Flapper and Raspberry in the short story, Abbott and Costello in the movie.

The short story starts on the night Louise’s daughter is conceived, with Louise presumably telling her daughter “the story of your life.” The chronology is unclear at first, with the narrative jumping around to various moments in the daughter’s life while continuously returning to Louise’s attempt to decipher and learn the heptapod language.

In this way, Louise’s memories from her daughter’s life serve as the thematic throughline of the story, while the alien language storyline acts as the main plot.

The structure of “Story of Your Life” is so inventive, so well-suited to the story, that Arrival really doesn’t need to deviate from it in any substantial way.

The movie, like the short story, begins and ends on the night Louise’s daughter is conceived.

In both, Louise’s daughter’s tragic death is disclosed from the very beginning — revealed in the second paragraph of the short story; the first few minutes of the movie.

And in both, Louise’s prior knowledge of her daughter’s death is hinted at but not fully realized until the end of the story.

In terms of the heptapod plotline, the movie keeps the timeline from Chiang’s short story almost completely intact. Louise is first approached by Colonel Weber, then she travels to the alien landing site, and spends a period of time working to decipher a way to communicate with the heptapods.

Many of the scenes from “Story of Your Life” appear in the final film adaptation, including Louise’s initial meeting with Colonel Weber, the use of the word “human” to first communicate with the heptapods, and the non-zero-sum game sequence.

However, the short story is information-dense — Chiang uses plenty of pages to explain the linguistic principles, scientific theories, and step-by-step process needed to establish communication with the heptapods, not to mention the attention-to-detail spent on explaining the heptapods’ relationship with mathematics.

For an epic visual story, all of that complex, heady information must be translated into concrete, externalized scenes.

Most of the academic explanations and “science stuff” become fully-fledged scenes in the movie — a great example of which is the “nature of a question scene.”

In the short story, Louise can simply explain these concepts to the reader through her internal monologue. In the movie? Not so much. So instead there’s a scene where Louise dissects a question for Colonel Weber on a whiteboard.

And while the short story is relatively meditative in nature, the inherent drama of an “alien landing” story must be emphasized more for the big screen.

Notably, the movie includes scenes that show how the world reacted when the heptapods landed, the utter weirdness of Louise’s first experience in the alien spacecraft, and her first meaningful contact with Abbott and Costello.

Point of View and Tone

As evident from the title, “Story of Your Life” the short story uses a combination of first- and second-person point of view. The story is told from Louise’s perspective, as something that she is recounting to her daughter — the unnamed “you.”

Chiang is also deceptively clever with his use of tense.

“Your father is about to ask me the question. This is the most important moment in our lives, and I want to pay attention, note every detail. Your dad and I have just come back from an evening out, dinner and a show; it’s after midnight. We came out onto the patio to look at the full moon; then I told your dad I wanted to dance, so he humors me and now we’re slow-dancing, a pair of thirtysomethings swaying back and forth in the moon-light like kids. I don’t feel the night chill at all. And then your dad says, ‘Do you want to make a baby?’” Much like the way Louise comes to understand time thanks to the heptapod language, the short story moves effortlessly between past, present, and future tense. Often, as in the example above, within the span of a single paragraph.

The film can’t play with tense in the same way as the written story, but it does use flashbacks and voiceover to achieve the same effect.

Arrival begins and ends with Louise’s voiceover, mimicking the basic sentiments of the first and final lines of the short story. This narration provides the tone for the entire story. Louise is the first and last voice we hear and, though by the end it’s clear that she’s speaking to her daughter, it’s also like she’s talking to us, the audience.

There are a number of other significant differences between Chiang’s short story and Villeneuve's film, and all have to do with the difference in medium.

Why the Heptapods Came to Earth

In the short story, Louise explains that the heptapods had come to Earth “to see” or “observe,” and by the end, there’s no more explanation than that.

“We never did learn why the heptapods left, any more than we learned what brought them here, or why they acted the way they did.”

That reasoning works perfectly fine for a meditative short story but wouldn’t work for movie audiences, so screenwriter Eric Heisserer beefed up the explanation.

In the movie, when Louise is forced to ask the heptapods why they came to Earth, they respond “offer weapon.” The ensuing chaos from the interpretation of that phrase ultimately leads the story to its climax — in which Louise uses her newfound fluency in the heptapod language to stop a global meltdown. This necessary change heightens the drama of the movie’s third act.

Another important change comes in the form of the daughter’s tragic death. In Chiang’s short story, Louise’s daughter dies in a rock-climbing accident when she is 25 years old, but in the movie, Hannah has a rare, untreatable disease that leads to her death.

On the surface it may seem like a trivial change, but Chiang’s version lends itself to a darker interpretation of the story. If Louise knew her daughter was going to die in an accident, why didn’t she try to stop it? Whereas, in the movie, Louise knows Hannah will die of a rare, unpreventable disease, but chooses to have her anyway and experience the beauty of her child’s brief life. In the story, Louise’s decision is framed as a question.

“From the beginning I knew my destination, and I chose my route accordingly. But am I working toward an extreme of joy, or of pain? Will I achieve a minimum or a maximum? These questions are in my mind when your father asks me, ‘Do you want to make a baby?’ And I smile and answer, ‘Yes,’ and I unwrap his arms from around me, and we hold hands as we walk inside to make love, to make you.”

“So, Hannah, this is where your story begins. The day they departed. Despite knowing the journey, and where it leads, I embrace it. And I welcome every moment of it.”

It’s a subtle change, but one that makes Louise a more sympathetic and relatable protagonist.

Arrival is just one of many successful movies which use a short story for its source material. And like with any adaptation, changes were made to bring “Story of Your Life” to the big screen.

But, just as Louise learns when she becomes fluent in the heptapod language, by going back to the beginning and examining where the story started, we can better understand how it ends. 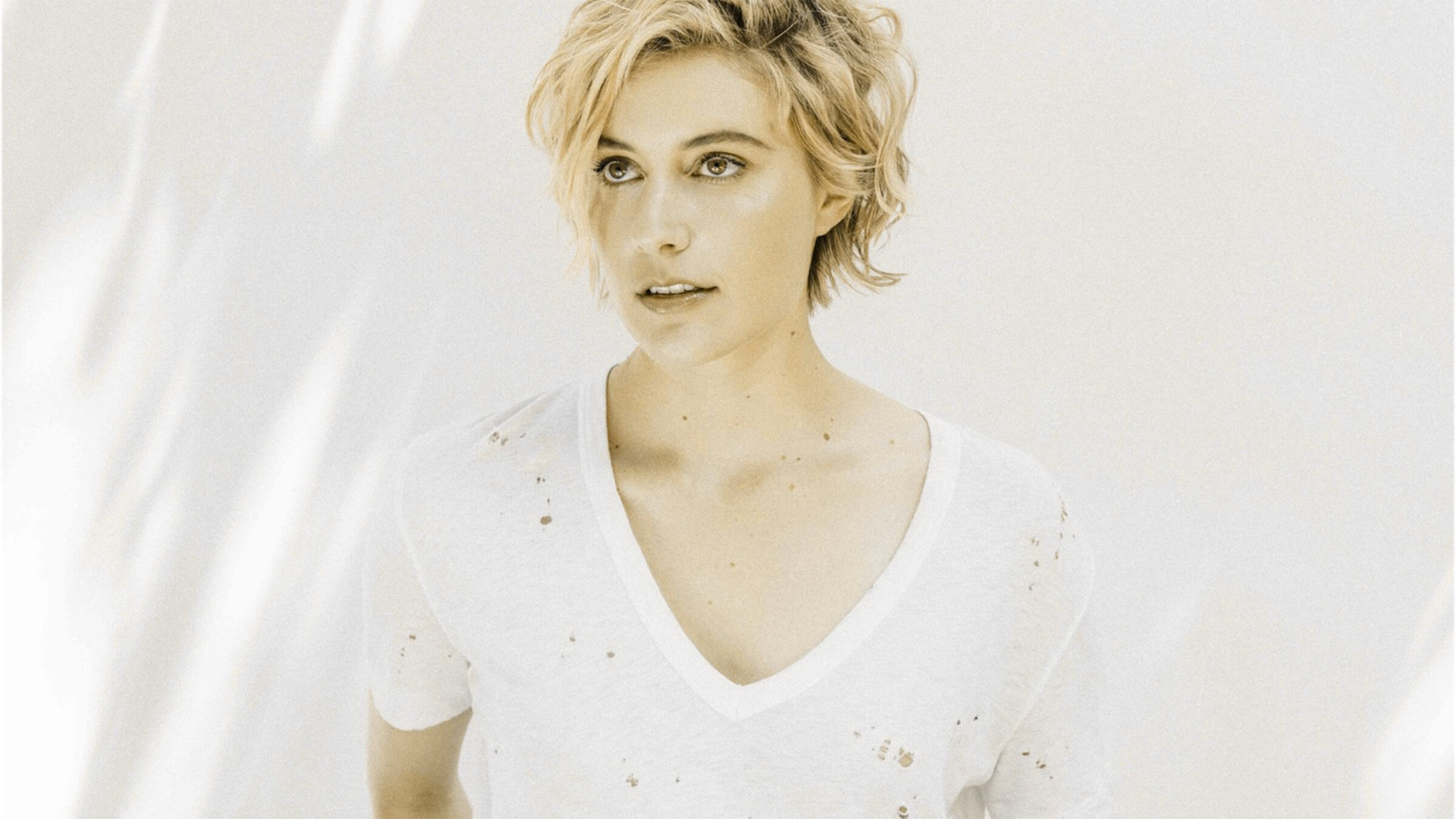