Check out our exhaustive guide to plot devices and how to use them in your screenplays.

Every writer has a toolbox. At least, that’s what Stephen King thinks. And I tend to believe him.

As writers, there are certain tools we can use when crafting our stories, handy tricks, and techniques that will help us construct something amazing.

Though many will claim they are clichéd and contrived, Plot Devices are essential to any screenwriter’s storytelling toolbox.

In this guide to Plot Devices, we’ll examine what they are, why you should use them, and, more importantly, when! — and we’ll explore some of the most common Plot Devices in storytelling.

A Plot Device is any narrative technique that a writer uses to advance the plot of their story in some way.

Why Should You Use a Plot Device?

Plot devices often get a bad rap in the writing world because they can come across as contrived, arbitrary, or lazy. Those things can definitely be true if the Plot Device isn’t used effectively.

But Plot Devices have been around as long as stories have been around, and I’d be willing to bet money that the majority of screenwriters have used a plot device or two, even if they weren’t doing so on purpose.

Like a trusty hammer or a staple flat-head screwdriver, Plot Devices are something writers can rely on as part of their toolbox. While characters and structure are the toolbox itself, Plot Devices can help a writer tell an intriguing story… if you know when to use them, of course.

When Should You Use a Plot Device?

Great question, thanks for asking!

The not-so-satisfying answer is that it depends entirely on the plot device. A story that warrants an Artifact of Doom will almost certainly be very different than one with a Love Triangle. Not all stories are the same and not all plot devices are created equal, so it should probably be a case-by-case decision.

To give a slightly more helpful answer, I like to abide by a general rule when it comes to plot devices: If your story needs one, you’ll know. Once you stop thinking of Plot Devices as taboo, they can actually be quite fun. Some Plot Devices have become associated with a certain writer or filmmaker, while others have spawned tropes and sub-tropes galore. Let’s take a look at some of the most common ones.

What’s in a name? Well, for this Plot Device… just about everything you need to know. Artifacts of Attraction are just that — objects that, for some reason, are so incredibly attractive to the characters in a movie that the desire to possess or protect them actually fuels the plot.

These items often possess magical powers or have immense financial or cultural value. After all, if an Artifact of Attraction wasn’t special, there wouldn’t be much of a reason for the characters to fight over it.

EVERYTHING YOU NEED TO KNOW ABOUT ARTIFACTS OF ATTRACTION

Whereas Artifacts of Attraction often offer something positive and powerful, the same cannot be said for Artifacts of Doom. Dun, dun, duuuuuuuun…

This Plot Device can be dangerous and deadly, and has the power to corrupt, manipulate, or kill the characters we love. These objects pose a huge threat if people interact with them.

That interaction is the key to Artifacts of Doom — if people had just left well enough alone, everything would have been okay. But characters have an unfortunate tendency to get involved in things they shouldn’t, and that’s why Artifacts of Doom exist. EVERYTHING YOU NEED TO KNOW ABOUT ARTIFACTS OF DOOM

“One must never place a loaded rifle on the stage if it isn’t going to go off,” wrote Russian playwright and short story writer Anton Chekhov.

Chekhov didn’t name this Plot Device after himself, but he did originate the storytelling principle that would become known as Chekhov’s Gun. In his play “The Seagull,” the main character carries a gun at the beginning of the play and uses that same gun to commit suicide in the final scene.

This Plot Device is all about plant and payoff — if the audience’s attention is directed to a specific element, that element should be critical in the overall story (because why include it at all if it’s not important?).

Good ‘ole Anton may have used an actual gun, but a Chekhov’s Gun doesn’t have to be a weapon at all. This Plot Device can take many, many forms…

EVERYTHING YOU NEED TO KNOW ABOUT CHEKHOV'S GUN

Sometimes screenwriters back themselves so far into a corner that the only way to save their characters is an act of God. That’s the Plot Device known as Deus Ex Machina.

Literally meaning “God out of the machine” in Latin, Deus Ex Machina is when a seemingly impossible problem is solved in an unexpected and unlikely way. It’s a storytelling technique that dates back to ancient Greece and has come to be associated with lazy storytelling. Ideally, the solution to the characters’ problems doesn’t come out of nowhere.

While Deus Ex Machina doesn’t occur often in modern movies and TV shows, it can show up as coincidental, accidental, or “breaking the rules” solutions.

What’s that word for when a movie flashes back to something in the character’s past? Oh right! A Flashback.

This is probably the most common Plot Device on this list — we’ve all seen a Flashback or two (or ten thousand if you watched Lost) and have a general idea of what they are. The explanation is in the definition, after all.

However common, Flashbacks can get messy if you’re not careful. It’s critical that you know the difference between the two categories of Flashback (Occasional and Structural) and not use this Plot Device as a storytelling crutch.

EVERYTHING YOU NEED TO KNOW ABOUT FLASHBACKS

Imagine a picture frame hanging on your wall. The frame is nice, right? But the more important thing is what’s inside the frame — the picture or work of art that the frame surrounds. That’s essentially what a Framing Device is.

Framing Devices — or Frame Stories — are a way for writers to structure the tale they’re telling. It’s a Plot Device wherein a writer surrounds their primary story with a secondary one (they frame it).

Framing Devices can be tricky, but they can also be incredibly effective depending on how you use them within your narrative.

EVERYTHING YOU NEED TO KNOW ABOUT FRAMING DEVICES

You know the drill. Boy loves girl. Another boy also loves the same girl. Girl… has to choose which boy she truly loves and wants to ride off into the sunset with.

This is the Love Triangle, a romantic situation involving more than two people. Yes, there can be love rectangles and pentagons and dodecahedrons… to keep things simple, if it’s a romance and there’s more than two, it’s a Love Triangle.

Love Triangles are inherently unstable, which creates both external and internal conflict and provides a basic arc for the story structure. But the Love Triangle can’t be the only thing holding up your story — the characters have to be the foundation and the load-bearing walls, the Love Triangle is simply there to give the story some shape.

EVERYTHING YOU NEED TO KNOW ABOUT LOVE TRIANGLES

Alfred Hitchcock presents… the MacGuffin, a Plot Device that is often as mysterious and beguiling as the plot of the whodunit.

A MacGuffin is something — a statue, stack of cash, shrink ray, or giant sapphire necklace — that is absolutely crucial to the plot but has no real impact on the story.

Basically, MacGuffins have no intrinsic value themselves and add no meaning to the story, but they are entirely responsible for fueling the plot and the characters.

There’s some controversy around MacGuffins, but the true test is whether or not you could switch the MacGuffin with another object and have the plot remain absolutely the same. At the end of Casablanca, it wouldn’t have mattered if Ilsa and Laszlo were after the letters of transit or Rick’s fashionable fedora. All we care about is the love story. The envelope of cash in 'Psycho'

EVERYTHING YOU NEED TO KNOW ABOUT MACGUFFINS

Ah, the Meet Cute. I’m just swooning thinking of this Plot Device, a staple of the romantic comedy genre.

A Meet Cute is the scene in which the two people who will form a romantic couple in the movie or TV show meet for the very first time. These scenes are usually funny, awkward, adorable, or all of the above, and they almost always occur in Act One.

This Plot Device has been used time and time again, so the crafty screenwriter must find a way to subvert expectations with their Meet Cute.

In all of those cases, my friends, just use a Montage.

This handy Plot Device effectively conveys some kind of noticeable change in a story by condensing scenes into a shorter sequence or series of quick shots. Whereas other Plot Devices have rules for when and why to use them, Montages can be used without many qualifications.

EVERYTHING YOU NEED TO KNOW ABOUT MONTAGES

Narration and Voiceover are two of the more complex Plot Devices on this list. To keep things simple, let’s think of it like this… if at any time during a movie or TV show, you can hear a character or narrator speaking but you can’t see them speaking those words aloud, it’s Narration or Voiceover.

Many writers will tell you to never use Narration or Voiceover but, given how many incredible movies and TV shows effectively employ this Plot Device, I think it’s safe to ignore that advice. Just make sure you understand how the Narration/Voiceover is functioning within your story before you type “V.O.” 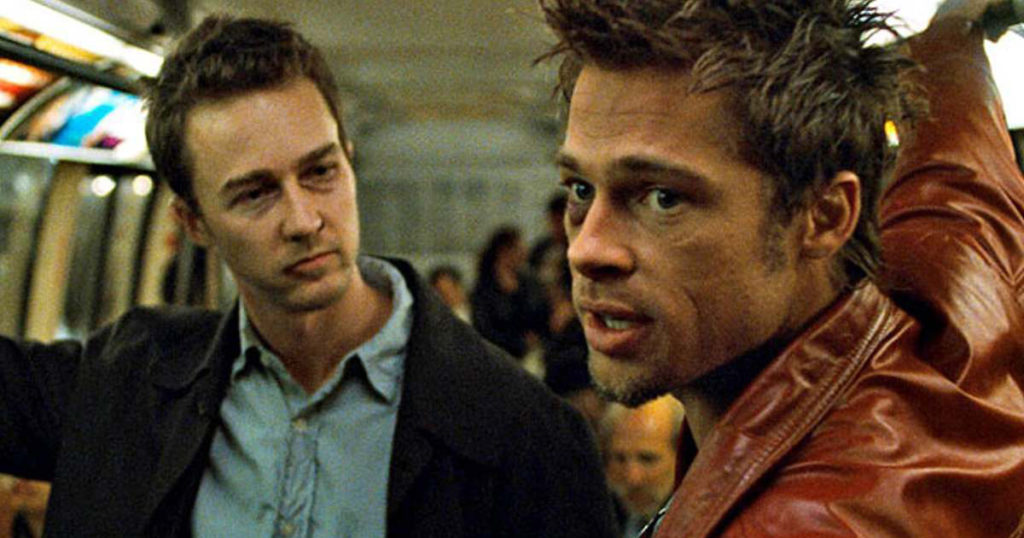 EVERYTHING YOU NEED TO KNOW ABOUT NARRATION and VOICEOVER

Sometimes there’s a certain item or object that is absolutely crucial to the resolution of the plot. It’s something the character probably picks up without much thought along their journey, only for it to come in handy later. That’s the Plot Device known as a Plot Coupon.

This Plot Device is common to the mystery, thriller, and sci-fi/fantasy genres, but nowadays can be used in just about any kind of story to distract from a big reveal.

Red Herrings are essentially false clues — people, information, objects, events, a filmmaking element that misleads the characters or the audience and distracts them from what’s really going on.

EVERYTHING YOU NEED TO KNOW ABOUT RED HERRINGS

Plot Devices may seem taboo in the screenwriting world, but they’re much more common than you think.

And when used effectively, they can elevate and enhance your stories in unforgettable ways.