High Concept Comedy: What It Is and How to Write It What are the differences between a high concept comedy script and a normal one? And how the heck do you write the former?

“Concept is everything.” That’s the mantra that you often hear in and around Hollywood — and it usually leads to discussions about high concept, low concept, and the strengths or struggles of the two. But what about high concept comedy? What is it? How do you write it? What are some examples of super successful films?

What’s the Difference Between High and Low Concept?

High concept can be defined as a type of artistic work that can be easily pitched with a succinctly stated premise, typically characterized by an overarching “What If…” scenario that acts as a catalyst for the events and characterizations portrayed within the screenplay.

And if there’s a high concept, there must be a low concept, right?

Many industry insiders would define low concept screenplays as more concerned with character development and other subtleties that are not as easily summarized. You’ll find many such comedies in the indie market because they are cheaper to shoot and can be pulled off by non-A-list talent. But when it comes to high concept comedy, that’s where the studios and major production companies love to play. Why?

High concept comedies are some of the most desirable types of movies for those reasons. Laughter is universal. You put a character in a funny scenario, and hilarity ensues. And laughter is the best form of entertainment for the mass audience because it’s the best type of escapism from the real world.

We love to laugh. And we prefer that the choices we make in theaters or while streaming at home be the easiest choices possible. There’s less risk involved in high concept comedies for the audience and the studios, production companies, and distributors.

What Are the Best Examples of High Concept Comedies?

High concept comedies usually focus on “What if…” scenarios or “Fish out of water” concepts.

But what goes into developing and writing these types of screenplays? 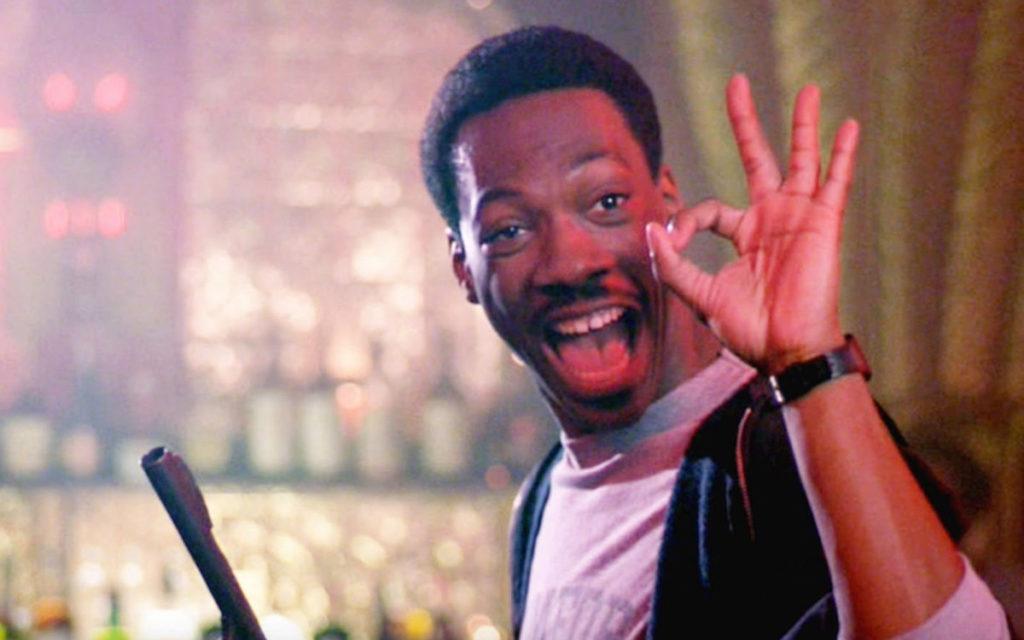 The easiest guide to accomplishing this step is to search for those “What if…” and “Fish out of water” concepts. Have fun with it. Open a new document and start writing out intriguing scenarios and hilarious concepts.

Many screenwriters seem to struggle with how to create compelling characters. It’s actually not that difficult. Give your protagonist flaws. That’s the easiest way to create depth. But at the same time, make sure that you balance that with likable characteristics.

In Liar Liar, Fletcher is a lawyer who has no problem lying to win or settle his cases. He also neglects his son because of the pressures of his job as he tries to impress his boss. However, he’s an amazing father that loves his son very much. And when he finds the time to be with his son, there’s no better father out there. That’s a perfect balance of flaws and likeability.

Step #3: Start with the Protagonist in Their Ordinary World

Showing your protagonist within their Ordinary World at the beginning of your story allows you to showcase how much the core conflict they face rocks their world. And it allows you to create and foreshadow the necessary elements of empathy and catharsis that your story needs.

In Crocodile Dundee, we’re introduced to Mick in his element — the Australian Outback. We see the skills he has. We see how well he fits into that setting. When he’s taken out of that world and into the world of America via 1980s New York City, we immediately understand the comedy that is about to ensue.

Step #4: Define the Inner and External Arcs of Your Protagonist

High concept comedies need to have universal themes. That’s how you reach the broadest audience (which is what studios want to do). To accomplish that best, it’s important to define your protagonist’s inner and external arcs. Why? Because that’s how audience members identify and relate to them.

An internal character arc encompasses your protagonist’s unconscious or ignored inner emotions and how they change throughout the story.

An external character arc is the story arc specific to your main protagonist. It encompasses everything that is showcased externally within the confines of your cinematic story.

In Bruce Almighty, Bruce’s internal arc is his struggle to succeed in his career while also being with Grace, his dedicated and understanding girlfriend. He doesn’t know how to balance the two. And when things go bad after being fired from his job, he complains to God that his life is so horrible — even though he’s blessed to have someone like Grace.

His external arc has to deal with God handing him the almighty keys to show how difficult it is to make everyone happy. This external arc invites us into his internal arc when he attempts to use his powers to solve all of his problems with his career and Grace. But he makes the same mistake. He puts his career in front of his relationship with her. And the internal arc is him finally realizing that. In The Hangover, the guys wake up after a wild bachelor party in Vegas. The catch is that they don’t remember a thing. To make matters ten times worse, they can’t find the groom.

The comedic stakes are raised throughout the film, from Stu’s missing tooth to finding Mr. Chow in the trunk of their car to Alan confessing to spiking everyone’s drinks to ensure they had a good time.

And in comedies, that is where the hilarity shines. Every few pages, you’re making matters even worse for the protagonist — which means there are more opportunities to continuing and evolving comedy.

Step #6: Avoid Cliches and Tropes By Playing with Audience Expectations

Anticipate audience/reader expectations. And then go the opposite direction that they expect.

It’s okay to use cliches and tropes. Audiences and script readers love them. But it’s good to surprise them as much as you can.

Read ScreenCraft’s 85 Comedy Scripts That Screenwriters Can Download and Study!