By Ken MiyamotoFebruary 26, 2021 No Comments 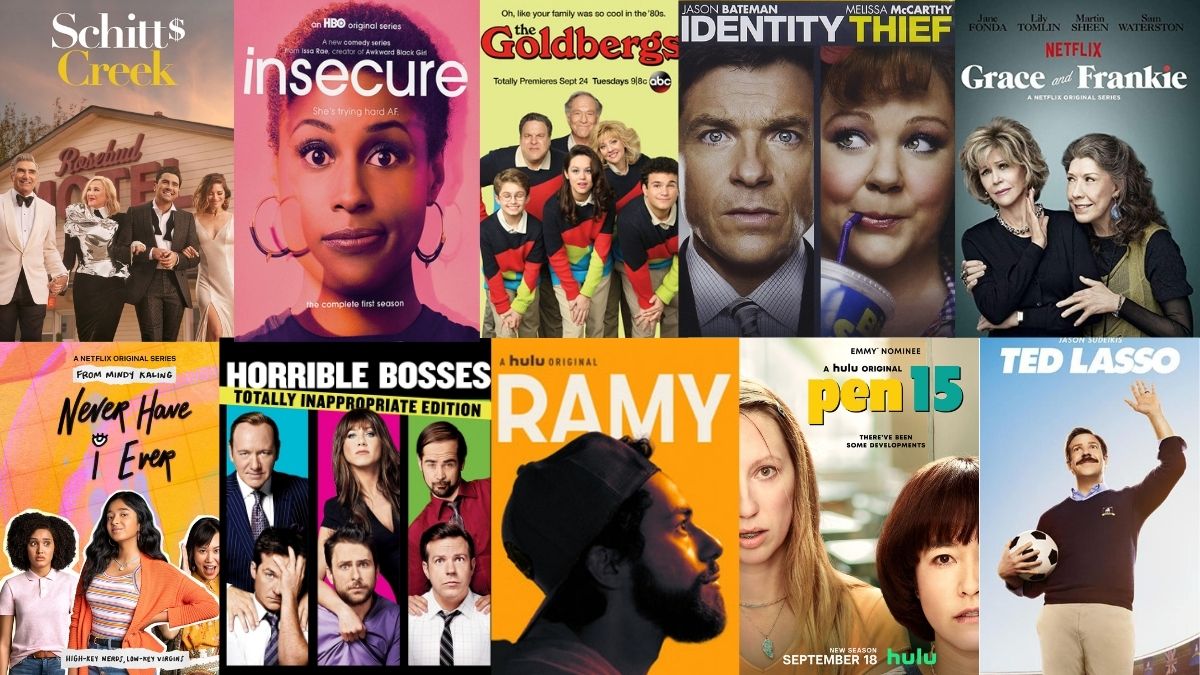 Who are some of the current movers and shakers in the comedy genre for film and television?

When you’re trying to break into comedy as a screenwriter, it helps to know the industry insiders that have been successful within the genre.

Here we feature seven seasoned individuals that have made their mark as development executives or producers with some of the best studios and production companies. (Not to mention, they’re all judges for this year’s ScreenCraft Comedy Screenwriting Competition!) Lang is Co-Creator and Executive Producer of the acclaimed Netflix series Never Have I Ever, which tells the story of the complicated life of a modern-day first-generation Indian American teenage girl, inspired by Mindy Kaling’s own childhood.

She was also a writer and producer on three seasons of the hit series Brooklyn Nine-Nine, five seasons of The Mindy Project, and staff writer on the Emmy-nominated final season of 30 Rock. One of her 30 Rock episodes she co-wrote was named to Variety’s “25 Best TV Episodes of the Decade.”

Lang first cut her comedy writing teeth writing for the satirical newspaper The Onion. She also won a Peabody for The Onion News Network.

Here she is with her co-creator of Never Have I Ever, Mindy Kaling.

Rob Gati is a programming executive in Hulu’s Originals comedy department. He has overseen series such as: He was included in The Hollywood Reporter’s 2019 Next Gen 2019: Hollywood’s 35 Rising Executives 35 and Under. The New Jersey native’s comedy roots began with endless hours of binging The Simpsons. Gati’s first industry experience began with an internship at Heyday Films. The Princeton grad then transitioned into his first executive role with Hulu, just as they created their original programming division.

Seth Gordon’s filmmaking roots began in documentary film with his true breakout hit The King of Kong: A Fistful of Quarters. He then transitioned into directing studio hit comedies like Four Christmases, Horrible Bosses, and Identity Thief. All three of those films grossed over $100 million domestically. Gordon is also a prolific director for comedy television. He has directed eleven pilots for Sony Television, and all of them have gone to series, including:

He has also directed esteemed comedy series like Modern Family, Community, The Office, and Parks and Recreation on his television directing resume. Needless to say, he’s one of the biggest names in comedy.

Gordon shed some light on comedy during an interview, saying, “A favorite film of mine is Office Space, and I love The Hangover — that is a really good comedy from character in that film, and that is true of Office Space too.  For me, it all starts with character and figuring out who these guys are, how they are distinct, and who is the best pairing with each of them comedically.“ Phil Augusta Jackson is a comedy writer, television producer, and performer who first developed his comedy skills in New York’s renowned Upright Citizen’s Brigade. He was a writer for Comedy Central’s Key & Peele, Survivor’s Remorse on the Starz Network, and Fox’s Brooklyn Nine-Nine. He is currently Co-Executive Producer of HBO’s Insecure, and his new show Grand Crew premieres on NBC in the Fall of 2021.

Jackson gave some excellent writing advice on an episode of Might SONG Writers (he’s also a prolific poet and songwriter) that can be applied to your screenwriting journey: “Don’t write about what you think others expect you should—write from the heart and from your own experience. People can sense the authenticity that comes from creative writing.” Kristin Konig is a Talent and Literary Manager at MGMT Entertainment. She represents actors, writers, producers, and multi-hyphenates, with her client roster including:

She previously worked as an assistant to The Gersh Agency’s head of TV Lit and Packaging and later transitioned into a TV Lit Department coordinator position. Brandon is building a slate of projects in both film and television at Jonah Hill’s Strong Baby Productions. He previously worked as a Development Coordinator at Paramount Pictures and also worked in production and development at Lionsgate, DreamWorks Animation, and Fox. Caroline Rechsteiner works as the Director of Comedy Development at Warner Bros. Television. She has been involved with the development of WB Entertainment comedic hits like:

Caroline first worked as an assistant to David Nevins, President of Imagine Television (Ron Howard and Brian Grazer’s company). She then moved into a department coordinator position at 20th Century Fox Television, where she provided full support in the overseeing of 16+ award-winning series, including: