The Rise of ‘Cinematic Books’: 5 Publishing Insiders You Should Know About

By Ken MiyamotoNovember 6, 2020 No Comments Book adaptations have always been a part of Hollywood. To Kill a Mockingbird, The Godfather, Fight Club, Silence of the Lambs, Blade Runner — the list of iconic books and short story film adaptations is way too long. And growing. Heck, half of the entire horror genre is based on a Stephen King novel. But in recent years, the publishing industry has merged even more with the film and television industries to make literary pieces come to life through movie and TV adaptations. And it’s all because of the rise of “cinematic books.”

Here’s a quick look at why cinematic books and short stories have become so popular in Hollywood, the rise of book adaptations, and a quick look at the five influential writers and publishing insiders who sit on the 2020-2021 ScreenCraft Cinematic Book Writing Competition jury.

What is a ‘cinematic’ book?

The only thing Hollywood loves more than intellectual property is intellectual property that comes with a built-in audience. Once a piece of literature is a hit, the first thing most fans want is a film adaptation. And film adaptations involve big money for publishers and authors. Hollywood loves a built-in fanbase. But what makes a book cinematic?

Well, before anything, the best advice for any writer is to trust your instincts, tell the story the way you want it to be told, and let the chips fall where they may. But sometimes it’s good to play the publishing game and give industry insiders what they want. It’s that age-old compromise — one for them, one for you.

Here are five common characteristics that make a book ready for the silver screen:

If a book can tackle even just a few of those characteristics, it might be a great candidate for a screenplay adaptation, and eventually a film or tv show. What’s really interesting about cinematic books is how wide open the genre is. ScreenCraft’s Cinematic Book Writing Competition industry judges, for example, are looking for great stories with the potential to be adapted for the screen:

The length, subject matter, and even format don’t really matter — as long as the story is cinematic.  That’s incredibly freeing for many screenwriters, and a huge reason to revisit your old prose.

Submissions for the 2020-2021 ScreenCraft Cinematic Book Writing Competition are being accepted through our final deadline of November 30th, 2020.

ScreenCraft is proud to introduce an impressive jury of judges for our 2020 Cinematic Book Writing Competition, each with their own backgrounds and prolific careers within the publishing and entertainment industry. James Melia previously worked at Flatiron Books, and Doubleday, before joining Henry Holt where he edits and acquires upmarket commercial fiction, narrative nonfiction, and pop culture. He has edited notable books including:

Henry Holt & Co. is one of the oldest publishers in the United States, founded in 1866 by Henry Holt and Frederick Leypoldt. The publishing company publishes American and international fiction, under subjects and genres like: 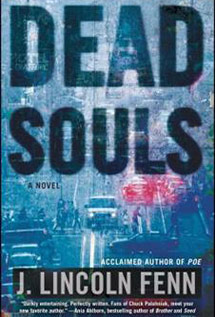 John has worked in the entertainment industry for nearly 20 years. He started as a literary agent at Paradigm, until later moving on to ACME Talent & Literary, selling movies like Oliver Stone’s World Trade Center (starring Nicholas Cage) and Youth in Revolt (starring Michael Cera).

In 2015, and after surviving cancer, John started Gravity Squared Entertainment, a Los Angeles based management/production company. Gravity Squared has over 100 books, treatments, and scripts under management — many of which are written by Pulitzer Prize winners and New York Times bestsellers.

The company currently has over 25 projects in various stages of development and production, including: Mikki Daughtry and Tobias Iaconis are the screenwriting team behind CBS Films Five Feet Apart and Warner Bros. The Curse of La Llorona (fka The Children). They are currently writing the script for a new Dirty Dancing film for Lionsgate, and are also hard at work adapting Mikki’s novel All This Time for Lionsgate.

They are also contracted to write Nightbooks for Netflix with Sam Raimi. The tale follows Alex, a boy obsessed with scary stories, who is trapped by a witch in her modern, magical New York City apartment. His original hair-raising tales are the only thing keeping him safe as he desperately tries to find a way out of this twisted place.

Mikki Daughtry is originally from Atlanta, Georgia. She graduated from Brenau University, where she studied theatre arts. She is now living in Los Angeles.

Tobias Iaconis was born in Germany to an American father and a German mother. He studied English literature at Haverford College in Philadelphia, and now also lives in Los Angeles with his wife and son.

Read a full interview with Mikki Daughtry and Tobias Iaconis about how to adapt a book for the big screen. Katrina Escudero is an agent in the Media Rights department at United Talent Agency (UTA). She represents authors, journalists, and even podcasts, whose material has the potential to become a television show or a film. Projects she has set up include acclaimed films and TV shows:

She currently oversees a roster of accomplished literary clients such as Lauren Oliver, Pablo Cartaya, Maurene Goo, Hope Larson, and Loren Grush. Most recently, Escudero facilitated a deal for Netflix to develop Tanya Smith’s upcoming memoir The Ghost in the Machine with Issa Rae and David Heyman producing.

As a bilingual Chilean American, Katrina finds it important to champion for Latinx voices and has seen tremendous success with clients such as the world-renowned Chilean author Isabel Allende. A Southern California native, she obtained her bachelor’s degree in Comparative Literature at UC Berkeley. Rachel Kahan is an Executive Editor at William Morrow. She’s a passionate advocate for new and diverse voices in both fiction and non-fiction. Rachel has published many bestsellers, including:

Hidden Figures was adapted into a critically-acclaimed Oscar-nominated film.

She works hard to acquire and edit works of fiction and non-fiction in both hardcover and paperback original for the William Morrow imprint, including many New York Times and international bestsellers. Rachel proudly publishes a diverse group of writers from around the world.

How to write a cinematic book

Hollywood is hungry for new stories. And the good news is that you don’t even have to be a screenwriter to get your foot in the door anymore. Submit your novel to the ScreenCraft Cinematic Book Writing Competition and take the first step in your screenwriting career. You might be surprised by what happens next.