What are some secrets to creating better character depth within your screenplay's characters?

Character depth is what gets the script reader and audience invested in your characters and the stories they inhabit. If they don't care about your characters or have seen similar character types before, they'll disengage.

The single most crucial element of screenwriting is catharsis. It’s a term that has been prevalent in Hollywood in recent years. It can even be found as a grading category in film and television industry script coverage.

In today’s cinematic interpretation, catharsis can translate as the feeling we feel after the resolution of the story and the protagonist’s overall journey.

And we feel that catharsis because we are engaged with the characters. We feel the emotions they feel. We cry when they cry. We cheer when they cheer. We scream when they scream. And we do that because the characters are believable and have depth.

So it behooves every screenwriter to do all that they can to create more and character depth in their characters.

Here are five ways to enhance your characters and their depth.

1. Give Your Characters a Personality Flaw

Characters need to be portrayed as living and breathing humans. And there is no such thing as a perfect human. Sadly, most screenplays written by novice screenwriters have protagonists that are merely used as reactionary tools to the plot and conflict within. Tools that are meant to keep that plot and story moving forward.

One of the best ways to create relatable and cathartic characters is to give them flaws. Personality flaws create conflict. Conflict creates drama. Drama entices emotions. And that is where character depth is showcased.

Maybe your knight in shining armor within your romantic comedy has a history of breaking the heart of every woman he gets serious with — but since deep down he has a heart of gold, he tries his best not to get serious with anyone... until he meets that one girl.

Maybe your grumpy old man protagonist has a heart of gold, but the problem is that he's a bigot. Whatever the case may be, a single flaw can offer so much more character depth.

2. Give Your Characters an Addiction

Addiction is indeed a flaw, but there's much more at stake — which is why we differentiate addictions from flaws. Most addictions are drug-related, yes, but you can also include any physical or emotional addiction — also known as behavioral addictions.

Your character could be addicted to gambling, sex, technology (internet, television, videogames), pornography, shopping, or exercise. These could all be addictions that are used for drama or hilarity. But the important thing is that they are relatable.

3. Give Your Character a Physical Disability

Understand that no single physical disability adds immediate character depth. Audiences can and will see right through you if you just give your characters a limp or take away a limb.

A disability has to be interwoven with the story. It has to directly tie in with the struggles and conflicts that they are facing.

In A Quiet Place, the oldest daughter's physical disability in the complete antithesis of the strength of the aliens. She's deaf, and they have ultra-sensitive hearing. 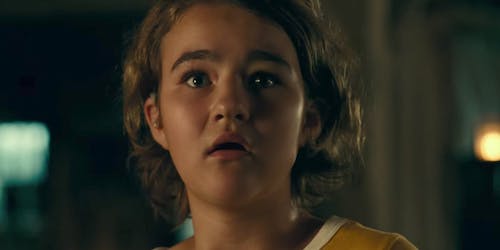 In a way, her disability gives her strength. She can easily communicate without sound. This extends to her family who can now do the same. However, she can't hear any threats coming her way. If she makes a mistake and makes a sound, she doesn't know.

We, the audience, are put in her shoes. We may not be able to relate directly to her situation, but we empathize with it.

If you handle the physical disability right and interweave it through the story and character arcs, it can be an easy way to give your character more depth.

4. Give Your Character a Mental Disability

Once again, a disability that a character has within a screenplay must somehow be part of the overall story.

Mental disabilities offer you a chance to explore the psyche of a character and how it relates to the characters and the world around them.

In As Good As It Gets, Melvin Udall is an obsessive-compulsive writer of romantic fiction who's rude to everyone he meets. A lesser script would have had him just be a shut-in asshole that treats everyone like dirt. He clearly has a personality disorder that is directly related to his mental disability of being an obsessive-compulsive.

If he were just a jerk, it would be hard for us to empathize with him. But because we see him struggle, we allow ourselves to feel for him and his situation, no matter how horrible he treats people. And his character arc, as well as the main arc of the story, is seeing how he overcomes his mental disorder to fall in love and get someone to fall in love with him.

And overcoming his disdain for a messy — but adorable — dog is only icing on the cake. In Benny and Joon, two characters fall in love despite the young woman's overprotective brother. This story and these characters would have been overly conventional had it not been for the fact that they both suffer from mental and social disorders.

Joon showcases clear signs of Schizophrenia, OCD, Asperger Disorder and PTSD, all of which are assumed to have occurred after the death of her parents.

Benny is likely to fall under the Asperger Disorder umbrella. Or perhaps he is just a unique individual who struggles to fit in. Regardless, the mental disabilities present within the relationship offers more character depth for both Benny and Joon. Again, if you handle a disability right and make it part of the story and essential to the character arc, it can offer an easy way to create more character depth.

5. Give Your Character a Secret

This is a masterful trick that can not only add to the depth of your character but also your story. When you give a character a secret that they are trying to keep away from those around them, the audience is pulled deeper into the depths of the character. They want and need to know more.

And as you peel away the layers of that secret through your story and characterization, you're elevating both the character and your story.

In Stranger Things, Eleven escapes from a laboratory and assists Will's friends, Mike, Dustin, and Lucas, in their efforts to find their missing friend Will.

She's a mystery. She doesn't want to talk about her past. And even though she clearly has some social disorders and language barriers as a result of what she's been through, she does her best to keep any and all secrets about her past — including her powers and what she has done with them. 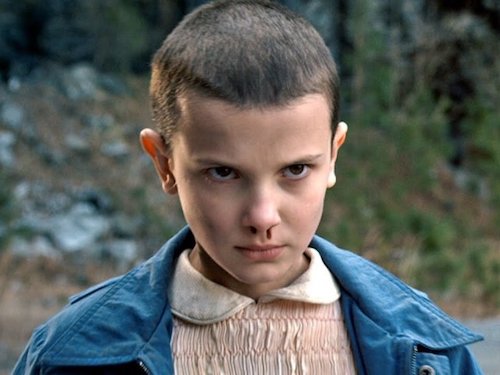 In A History of Violence, Tom Stall is an owner of a small town diner. He's also a good husband and father. And then one day two petty criminals attempt to rob his diner. He kills them both with ease. The media blows the story up, which attracts some shady characters that claim to know Tom.

Tom clearly has a secret — or is it just a case of mistaken identity? That secret draws the audience in. No matter what the outcome, we're paying even closer attention to this character. He's given immediate depth. And once again, that secret enhances the story as well.

You may be reading this and thinking, "My characters are just fine. They have enough conflict, and I've written a whole back story for them."

Nine times out of ten you're wrong. Your characters aren't enough. They need more. And a back story isn't character depth. It's merely information. You need to go the extra mile to make an impact with script readers and audiences these days.