Events
Sign up for our Newsletter
Blog Featured Genre Screenwriting 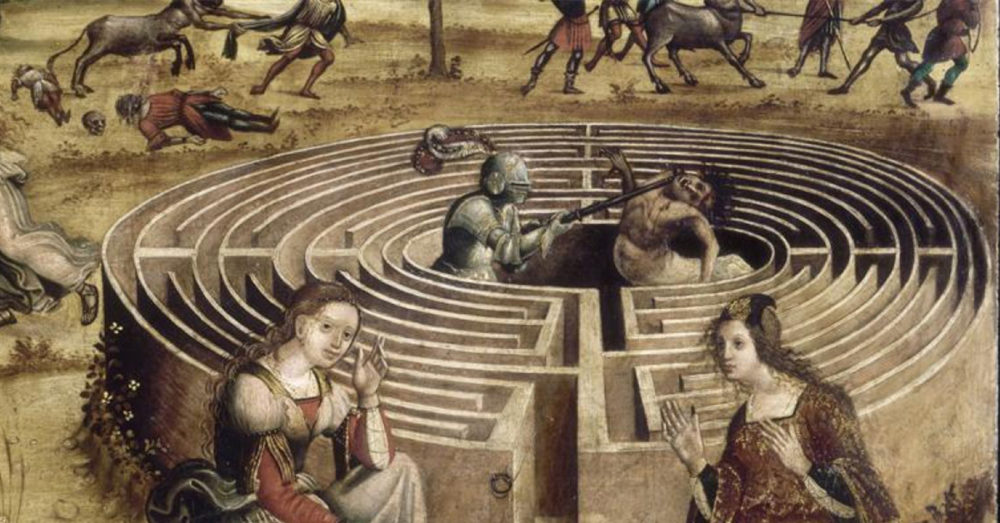 The horror genre is as old as storytelling itself - genius authors as wide-ranging as Shakespeare, Dante and Homer used terror to deepen and darken their works. In fact, Greek myth—which happens to live in the Public Domain—is often underappreciated as a source of these tropes. Of course, everyone’s afraid of the Cyclops or Scylla and Charybdis - but what about the humans and gods at play in these stories? They’re arguably more heinous than any monster. Some of Ovid’s tales in the tonally diverse Metamorphoses, a veritable anthology of legends, are absolutely nightmarish.

Take a look at some of Greece’s most depraved, haunting stories: Every good mythological universe needs a family of cannibals, right? In this account from humanity’s early days, the all-powerful Zeus pays a visit to Lycaon, the king of Arcadia. Doubting Zeus’s status as a god, Lycaon tests him by slaughtering a man (in some versions of the story, his own son) and feeding the meat to his guest. Aware of the atrocity because of his omniscience, Zeus punishes Lycaon by turning him into a wolf. Not only do we get some gnarly flesh-eating, but the story also serves as a historic case of lycanthropy - even the names have a familiar ring.

Dionysos, the god of revelry, is often depicted as a cosmic party bro - perpetually drunk and draped in animal skin and concubines of all sexes. But Euripides’ last complete play looks into the god’s disturbing dark side. In this narrative, he becomes a brainwashing cult leader, rejected both from Olympus and normal society. He seeks revenge by driving unsuspecting citizens to a frenzy. Pentheus, the ‘wholesome’ Greek hero who tries to stop him, ends up succumbing to his message - and meets a terrible fate. While discussing it in too much detail would spoil the fun, it’s sufficient to say that the final moments are astonishingly brutal.

ORPHEUS, EURYDICE, AND THE MAENADS The tale of Orpheus and Eurydice is one of the most famous Greek myths and has been adapted endlessly, even re-interpreted through other religions. Somehow it still retains its tragic power, though. Any venture into the Greek Underworld - stalked by lamenting shades, three-headed dogs and the fearsome Hades himself - is frightening, but Orpheus’s ultimate fate is where the horror really lies. After wandering the world for some time after Eurydice’s death, he encounters the Dionysian Maenads, who attempt to seduce him. When he rejects their advances, they proceed to rip him to shreds. Hades hath no fury like a Bacchanal scorned.

MINOS AND THE MINOTAUR One of the most visually unsettling Greek myths, the tale of Minos and the mutant Minotaur never fails to capture creative imaginations. Countless films and novels - notably House of Leaves, which is a mind-erupting labyrinth in itself - have drawn on the themes presented in the story. As told in the myth of Theseus, the Minotaur is born from Minos’s wife Pasiphae after she sleeps with a bull. Horrified, Minos imprisons his illegitimate son in a labyrinth and sends in sacrifices to keep the monster placated. There is a tinge of Frankenstein-esque tragedy to it, too, in the Minotaur’s bastardization. Though Theseus defeats the beast in the end, that basic image - a creature lurking in dark, unending corridors - is eternal nightmare fuel. This might be one of the most commonly told myths, but no matter how familiar it becomes, it still remains fundamentally terrifying. The gist is simple - a girl finds herself dragged into the underworld by the God of Death, just because he thought she was pretty. It’s a nightmare about the loss of innocence, made even more tragic by her mother Demeter’s desperate, violent search over the globe - destroying fields and villages in her rage. While the story results in a fairly positive conclusion, the idea has haunting echoes of real abductions that are never resolved.

A three-part soap opera with shocking violence and ambivalent vengeance, Aeschylus’s classic work is packed with horror. The best-known segment is the first, in which the king Agamemnon returns from the Trojan War - only to be murdered by his wife Clytemnestra, because he allowed his daughter to be sacrificed for victory. To make matters worse, their surviving son then slaughters his mother to avenge his father. An eye for an eye, right? This trilogy also features the horrific Furies, underworld deities birthed from a castrated god’s blood, who torment Orestes for his blasphemous deed. The third piece is really a celestial courtroom drama, but when the prosecutors are demonic entities of rage, things get freaky.

What Greek myths traumatized you when you first heard about them? Leave a comment below!

Don’t forget about contests we have going on right now!