5 Reasons Short Stories Are Easier to Adapt Than Novels

By Ken MiyamotoNovember 13, 2015 No Comments 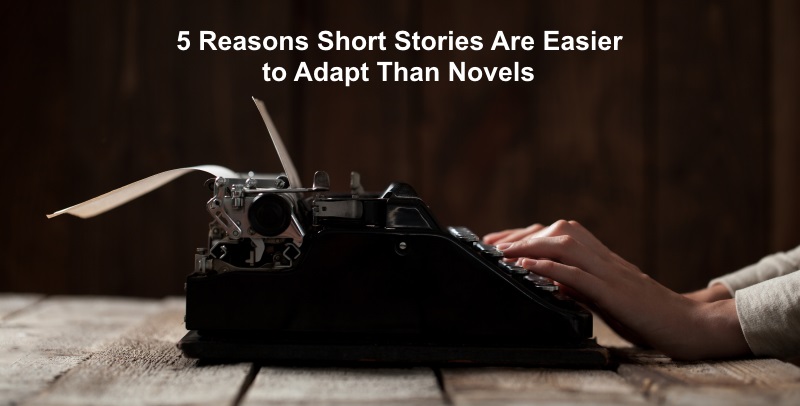 Some of the greatest films of all time in a wide variety of genres have been adapted from short stories. As we look back to some of the best adaptations audiences have ever seen on the big screen, certain elements stand out that separate short story adaptations from novel adaptations.

**If you haven't already, be sure to mark your calendar for our Cinematic Short Story Competition!

What are the defining differences between a short story and a novel?

Short Stories Have a Different Structure

A majority of the time, short stories don’t follow a full three-act structure, and they are often void of any major subplots.

Short stories don’t have that luxury. They all too often focus on what would be a single act or plotline generally found within a novel. They are much like short films in that manner. Disney Animation producer Kristina Reed said it best when she mentioned that short films are different because of the lack of “real estate.” Nothing could be truer for short stories.

But what about novellas?

Novellas are short fiction but don't necessarily fall under the short stories category. The main difference between the two is usually the fact that many novellas can be released as single paperbacks (or hardcovers in some instances). One could easily make an argument that novellas are easier to adapt than novels as well, for many of the same reasons above.

Before we delve into the reasons why short stories — and novellas in many cases — are so much easier to adapt to the big screen than novels, let's take a brief look at some of the best and most acclaimed films that have been adapted from short fiction. 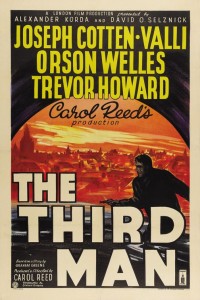 So we’ve taken into account what the difference is between short stories and novels. So which is easier to adapt? Well, the proof is in the above pudding.

1. Short Stories Are Short and Novels Can Be Very Long

In every sense of the word, novels are long. The structure is long. The list of characters is often (but not always) long. The lists of backstory and subplots are long. It’s challenging to capture every character and every subplot in a film adaptation.

In fact, it’s impossible. That’s why you see film adaptations often infuriating the literary following that the novel being adapted has. Characters are cut or melded into one. Subplots are dropped. Backstories for the main characters are dropped.

It becomes a difficult task to stay faithful to the novel as much as readers and audiences want.

With short stories, screenwriters have less to take on and more room to expand. There is more freedom in adapting short stories.

2. Short Stories Embrace the Less is More Mantra of Screenplays

In a short story, like a screenplay, a character is often thrown into the conflict right away with little to no setup.

In a short story, like a screenplay, there are limited amounts of characters because there’s just not enough space to create an overlaying world as there is with a novel. Even an epic film like Star Wars with a vast galaxy to cover, there are really only a handful of major characters in Luke, Han, and Leia, and then a supporting cast to accompany them.

In a short story, like a screenplay, description is kept to more of a minimum compared to most novels.

In a short story, like a screenplay, the focus is on a particular event in a character’s life and often doesn’t reach back or beyond. Look at a film like Raiders of the Lost. We literally open in the middle of a storyline. We never learn why Indiana Jones is seeking out that opening artifact. We never learn the history between Indy and Belloq. A novel would have delved into those elements. A short story, like a screenplay, would throw the character into the conflict right away.

3. Short Stories Can Be Utilized for Concepts Alone

It’s one thing just to take a short story’s core concept and use it as a launching pad. It's a whole different thing to do so with a novel. When adapting novels, you have a responsibility to truly adapt it as true to the source material as you can because there is so much to utilize.

When adapting short stories, all too often, there is much more room to expand on the concept, characters, and story. Screenwriting is primarily concept-driven, especially within the Hollywood studio system, so short stories are prime places for Hollywood to go to find proven concepts.

4. Short Stories Are Easier to Acquire

Short stories are not under the spotlight compared to most bestselling novels in the literary market. Thus they are much easier to acquire the rights to.

Case in point? Stephen King. He famously offered the rights to his many short stories for a single dollar option to allow film students — and Hollywood producers — to adapt. Now, you wouldn’t expect him or the publisher to allow a novel like The Shining to be released for a single dollar. But with a short story, it’s completely different.

Outside of mega-famous authors like King, you can imagine the amount of great short stories out there waiting to be adapted for the big screen for little to no money. Stories that don’t get on the bestseller lists as novels do. In essence, short stories are often the forgotten stepchildren in the literary world.

This isn’t always the case, mind you, as we’ve seen some of the greatest films of all genres being adapted from short stories, but they still aren’t held as high as novels.

In short — pun intended — short stories are more accessible to screenwriters and production companies as far as securing the adaptation rights.

The novels that are adapted into films are often the bestsellers. With that comes a lot of pressure for many of the reasons given above.

Because the stories are usually not as high profile, with millions of readers watching with judging eyes, there’s less pressure when having to make changes that are necessary for a cinematic interpretation.

Some of the greatest films that were adapted from short stories simply utilized the various concepts within them and then went into a different direction with the characters and story.

Overall, there’s just less pressure. Plain and simple. And in the eyes of the audience, there seems to be an understanding that short story adaptations don’t have to be as true to the source material because all too often those short stories don’t have enough to even encompass a whole film. So it’s more forgivable in the eyes of readers and audiences. But if you change a novel that has a plethora of material to work from? The pressure is on.

Short stories are often more cinematic than most novels. Thus they afford the screenwriter certain freedoms while adapting. So, for screenwriters and producers especially, instead of looking for highly unattainable — and sometimes unadaptable — novels on bestseller lists, seek out those amazing and more accessible short stories, novellas, and even flash fiction.