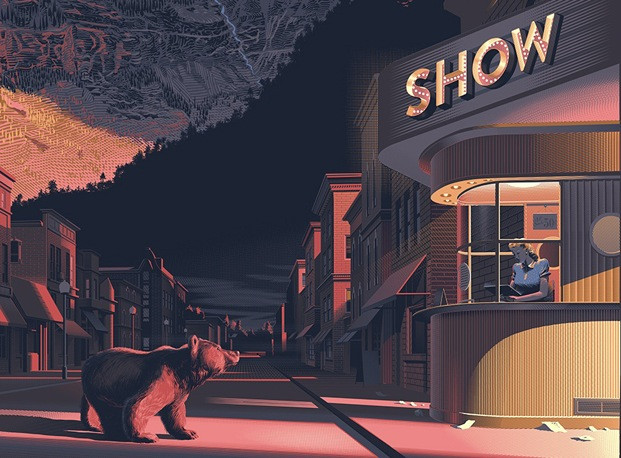 About a week ago, we posted our prediction here. How many did we get right?

42nd Telluride Film Festival is proud to present the following new feature films to play in its main program:

Additional Sneak Previews may play outside the main program and will be announced here on our website over the course of the four-day weekend.

“We are thrilled to present such an exhilarating, diverse program for the 42nd Telluride Film Festival,” said executive director Julie Huntsinger. “This year was an abundance of riches, particularly within the documentary category, and we feel privileged to celebrate these films and their artists with our audience in one of the most beautiful locations in the world.”

Guest Director Rachel Kushner, who serves as a key collaborator in the Festival’s program, presents the following revival programs:

Telluride Film Festival annually celebrates a hero of cinema that preserves, honors and presents great movies. The 2015 Special Medallion award goes to Participant Media. Jonathan King and Diane Weyermann will be presented the award prior to a screening of HE NAMED ME MALALA. Other Participant Media films in the festival include SPOTLIGHT and BEASTS OF NO NATION.

Telluride Film Festival’s Student Programs present students the opportunity to experience film as an art and expand participants’ worldview through film screenings and filmmaker discussions. The Student Symposium provides 50 graduate and undergraduate college students with a weekend-long immersion in cinema. The City Lights Project brings 15 high school students and five teachers from three schools the opportunity to participate in a concentrated program of screenings and discussions. FilmLAB offers a master-class program for UCLA School of Theater, Film and Television graduate filmmaking students. The Roger Ebert/TFF University Seminars give university professors and students the opportunity to travel to the Festival each year to participate in special programming and to attend screenings throughout the weekend. The newly implemented FilmSCHOLAR program gives young film scholars and aspiring critics the opportunity to immerse themselves in a weekend of cinema and learn from some of the best in the field. Created in conjunction with the University of Wisconsin.

Telluride Film Festival’s Talking Heads programs allow attendees to go behind the scenes with the Festival’s special guests. Six Conversations take place between Festival guests and the audience about cinema and culture, and three outdoor Noon Seminars feature a panel of Festival guests discussing a wide range of film topics. These programs are free and open to the public.

Additional Festivities will take place throughout the Festival including Book Signings with Emma Donaghue (Room), and Guest Director Rachel Kushner (The Flamethrowers); and a special outdoor screening of SHERPA (d. Jennifer Peedom, Australia, 2015) will play on Friday evening.

Are you going to TFF this year?  Let us know on Twitter and FacebookT.  We'll be there!